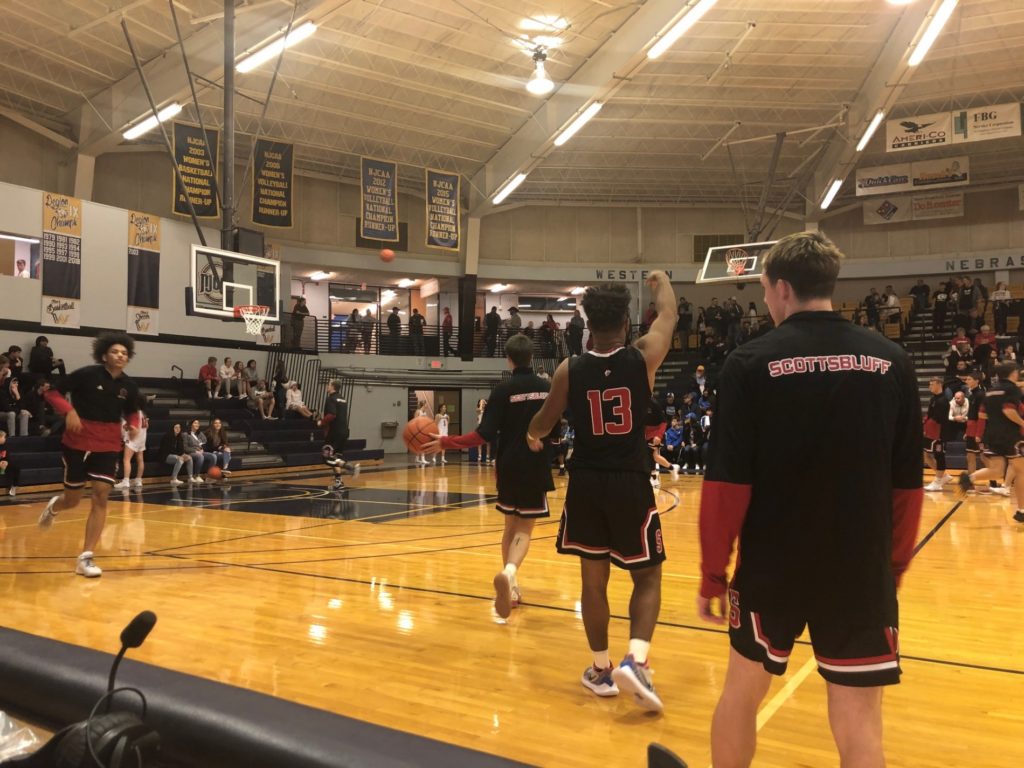 The Scottsbluff boys basketball team jumped to a 3-0 start to the season and a Western Conference Tournament title on Saturday night at WNCC’s Cougar Palace by defeating rival Alliance 66-50 in the championship game.

The Bearcats put this one away early as they jumped out to a 26-5 lead at the end of the first quarter.

Scottsbluff had two other players reach double figures in senior big man Chance Parker, who had 15 points, and also junior wing Dawson Mohr, who finished with 12 points including the highlight reel play of the game with a and-one dunk.

Scottsbluff will take both the boys and girls teams to Gillette, WY for the three day Campbell County Tournament starting on Thursday night.

On the girls side it was an overtime thriller with Chadron rallying back to beat North Platte for the championship by the final of 62-54 in overtime. Chadron rallied from by six after three quarters to force overtime and eventually seal the win.