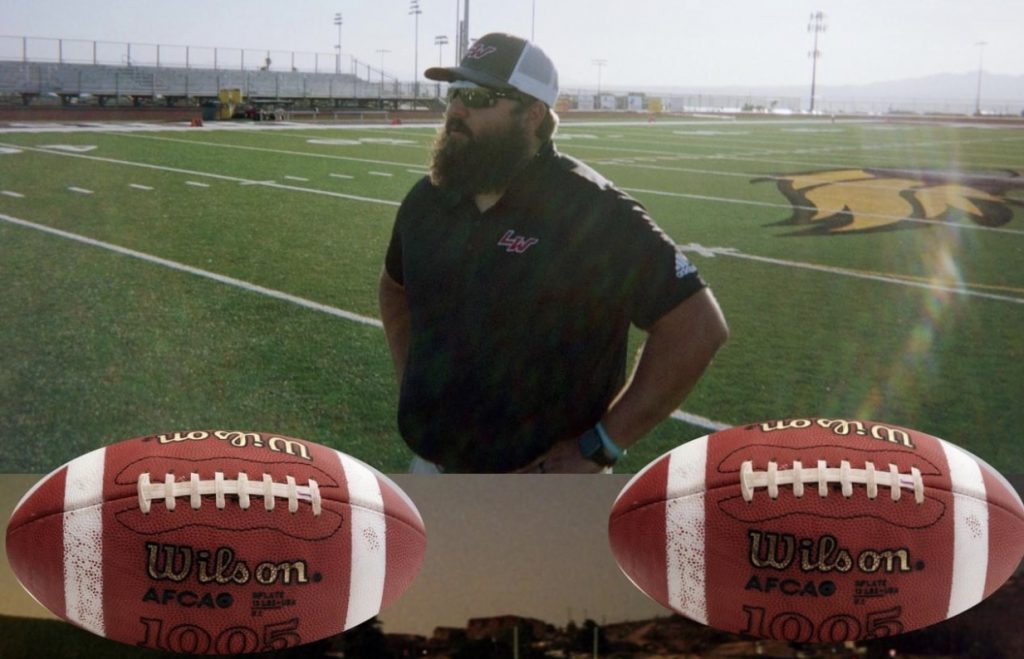 In need of a new head football coach the Morrill High School Lions are bringing a panhandle native back home, naming Schyler Ferguson as their next head coach.

KNEB Sports caught up with Coach Ferguson this morning (Wednesday) to visit about this move to Morrill.

Ferguson is a 2010 Gering High School graduate and he spent his college days at Chadron State.

Most recently Ferguson was the physical education teacher at White Cliffs Middle School in Kingman, Arizona.

While in Kingman, Ferguson was also an assistant football coach at Lee Williams High School, serving under fellow Gering High School graduate, Pat O’Boyle. It was a reunion of sorts down there with Gering guys Danny O’Boyle and Zach Smith both on staff as well.

Ferguson also helped as an assistant for basketball and track at Lee Williams.

After graduating from Chadron State College, Ferguson became a physical education/health teacher along with coaching duties at Minatare High School from 2015 to 2019.

Morrill is coming off a 4-5 season that included a trip to the Class D1 playoffs.

This upcoming season the Lions are moving down a class to D2 and they will open the year on the road at Bayard.