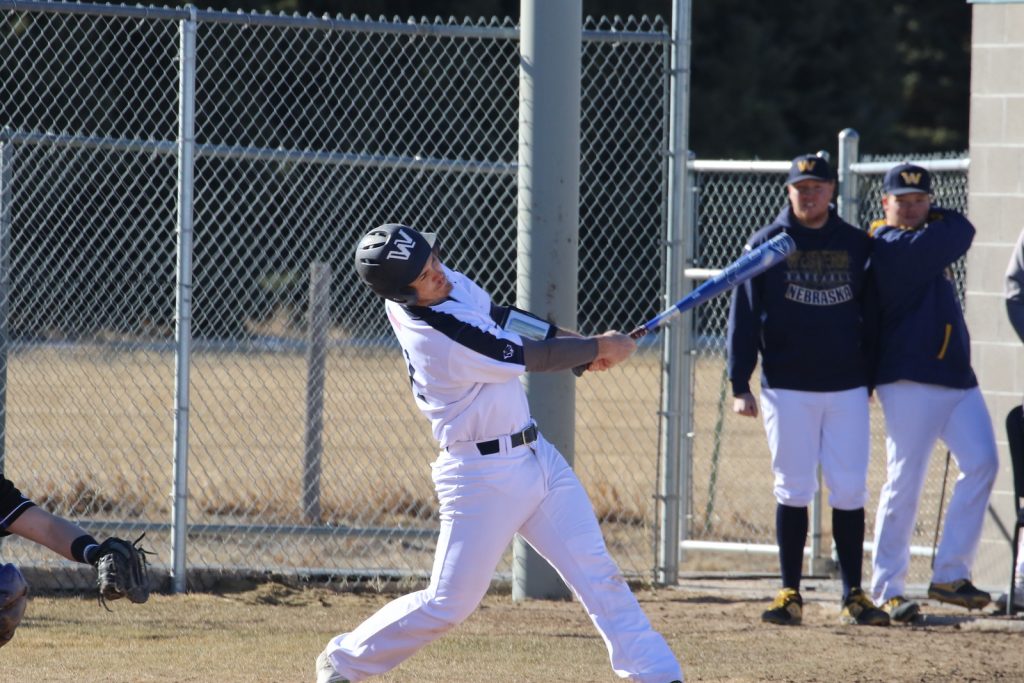 The first game saw WNCC pound out 13 hits, including five extra base hits in claiming the 13-6 win. The second game saw Jerson Morales go six strong innings in striking out five and Orozco had a home run and four RBIs in helping the Cougars to the 9-2 win.

“We had really good pitching today and we played really good defense behind our guys,” Jones said. “We did a much better job of hitting with two strikes, putting the ball in play, and taking advantage of the mistakes that they made.”

The big thing in the two wins was how the team played on defense and offense.

“It was a full team effort in both games,” Jones said. “Everybody was doing their part to help out and making plays. We had really good pitching and timely hitting. Really just getting RBIs and doing what we needed to do to score runs.”

Otero struck first in the opening game, leading 1-0 after two innings. It was the third inning when the Cougars’ offense game alive, plating four in the third and five in the fourth. Caleb Coats started things in the third with a 2-out double and came around to score on a Luis Alcantara single. Joey Olson walked and Jayden Orozco singled to load the bases with two outs for Jayden Rollins. Rollins came through with a 2-run single to make it 3-1. Orozco scored later on a catching error.

Otero came back with two runs in the third to cut the Cougar lead to one run at 4-3. WNCC immediately answered with five in the fourth. All five runs WNCC scored in the fourth came with two outs. Michael Felton walked followed by Joe Kinneberg reaching on an error. After two outs, WNCC’s bats came alive. Alcantara scored one with a run-scoring single.

Olson then took a 2-0 pitch and drove it to left field for a 2-run triple to make the score 7-3. On the next pitch, Orozco took the first pitch and sent it over the centerfield fence for a 9-3 lead.

Otero added single runs in the fourth, fifth, and sixth innings to cut the WNCC lead to 9-6. The Cougars then added four insurance runs in the seventh. Felton and Kinneberg each singled followed by a Jack Jones run-scoring double. Coats followed that with a 2-run double to make the score 12-6. Olson singled in Coats for the 13-6 lead.

Harold Baez then shuts down the door in the bottom of the seventh, striking out the first two batters and then taking a throw from first baseman Matt Womack to get the third out on a 3-to-1 groundout.

The second game saw the Cougars pick up where they left off in the first game, scoring five early runs to take a 5-0 lead. With Morales strong pitching, the 5-run lead was all they needed, but they added four more insurance runs.

WNCC plated three runs in the first. Coats singled while Luis Alcantara walked. Orozco then hammered a 3-run home run for the 3-0 lead.

The Cougars added two more in the second as Quinn McCafferty and Sergio Tanango each singled. Coats doubled to score McCafferty and Tarango came in to score on the next batter for the 5-0 lead.

WNCC added a single run in the fourth and put the game away in the sixth with three runs. Coats and Alcantara each reached base on one-out singles. Coats later scored on an error on a pick-off play and then Alcantara scored on an Orozco single. Joey Olson came in to score to make it 9-1 on a Jordan Rollins single.

WNCC and Otero will be back in action Sunday for another doubleheader. Jones said they will need to show up and have the same type of play as they did Saturday to open conference play 4-0.

“We have to come out tomorrow and get good pitching and play defense behind the guys,” Jones said. “Again, we have to compete for our at-bats, put the ball in play, and make things happen.”