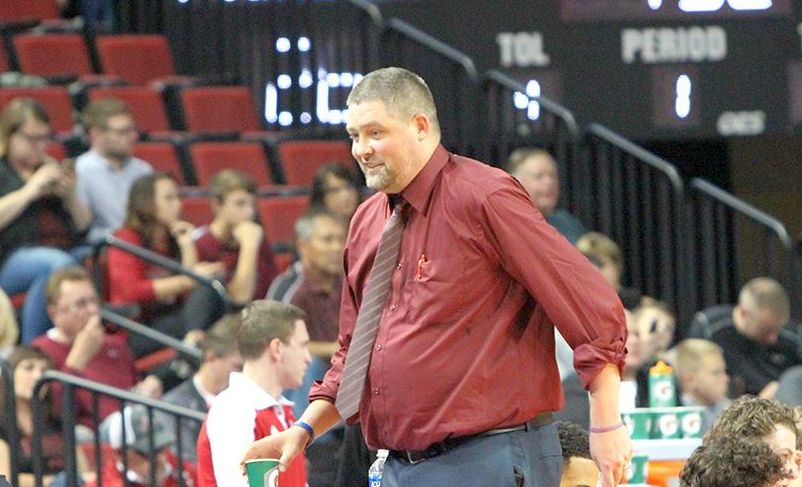 “I’m thankful for the opportunity and trust given by athletic director Joel Smith and President Randy Rhine the last four years to lead the men’s basketball program at CSC,” said Reed. “Our mission has always been to lead young men and create future leaders. My family and I are thankful for the Chadron community and the relationships we were able to develop in our time here.”

Coach Reed leaves the CSC program with a solid core of rising upperclassmen, including five who will be seniors and three juniors. Four of them – Walker Andrew, Brady Delimont, Jacob Jefferson, and Kayden Sund – will have been with the Eagles for at least two full seasons and were all part of a 2018-19 team that posted double-digit wins in the Rocky Mountain Athletic Conference for the first time in seven years.

In each of his four seasons at CSC, at least one Eagles men’s basketball player has garnered All-RMAC honorable mention from the league’s coaches, and in 2019-20 he had two players on the list.

His recruiting classes were among the best in the league year in and year out. He signed three state players of the year, at least 13 All-State players altogether, five with NCAA Division I experience, and numerous junior college transfers.

Reed heads to Greeley with a career head coaching record of 196-228, including his 10 seasons at Otero College, where he coached head to head against Smiley, who was at Sheridan College six seasons. Reed’s record at Chadron State was 22-88 over four seasons.

I’m happy for Coach Reed and his family,” said Smith. “This is the best situation for them right now. We will move forward to address our needs in the best way we can.”