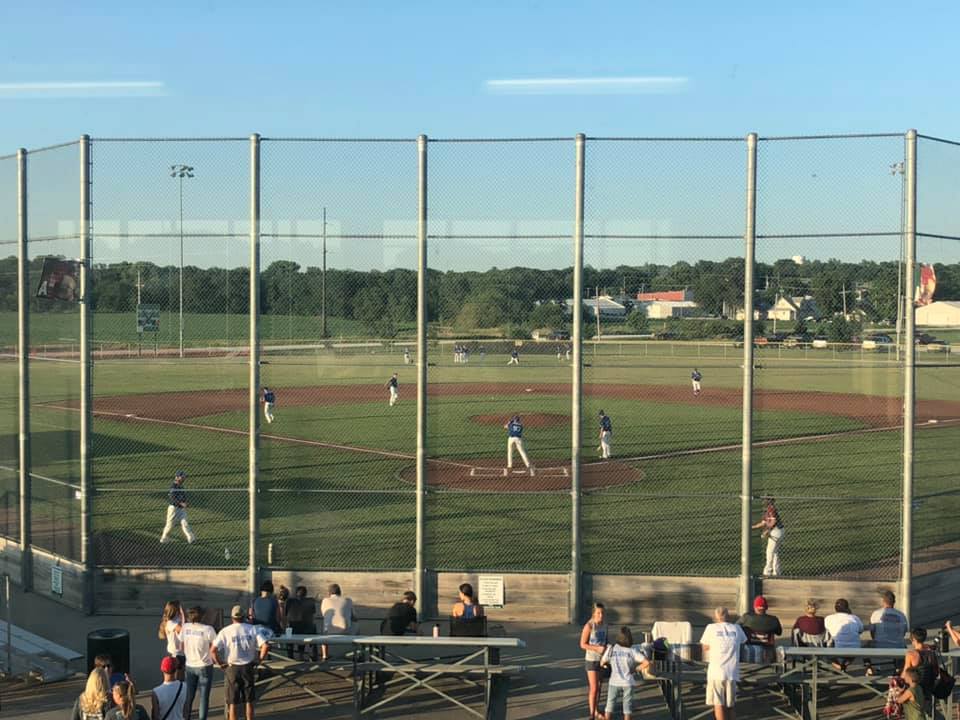 First, in a game postponed from Sunday, Pender faced Dannebrog-Cairo-Boelus.

DCB scored the first run of the game, leading 1-0 in the top of the third.

Pender answered in the bottom half of the inning, when Lucas Vogt reached on a single, then scored on an RBI base hit from Devin Hegge.

Pender took a 2-1 next inning as Sam Mailloux led off the bottom of the 4th with a single, and eventually scored on an RBI base hit from Brady Oliver.

Pender was retired in order in the bottom of the 7th, giving DCB the 3-2 win.

Pender then fell to the elimination bracket, where they met Valentine. Pender jumped ahead early, scoring eight runs in the first three innings, and would defeat Valentine 8-0 in five innings.

Sam Mailloux was 3-3 with three singles and an RBI. Brady Oliver had an RBI triple, while Will Gatzmeyer, Chris Rutar and Nolan Ostrand each recorded RBI singles as well.

Pender will face Bruning-Davenport-Shickley in an elimination game at 5:00 Tuesday evening. The game will be broadcast on 107.9 The Bull.