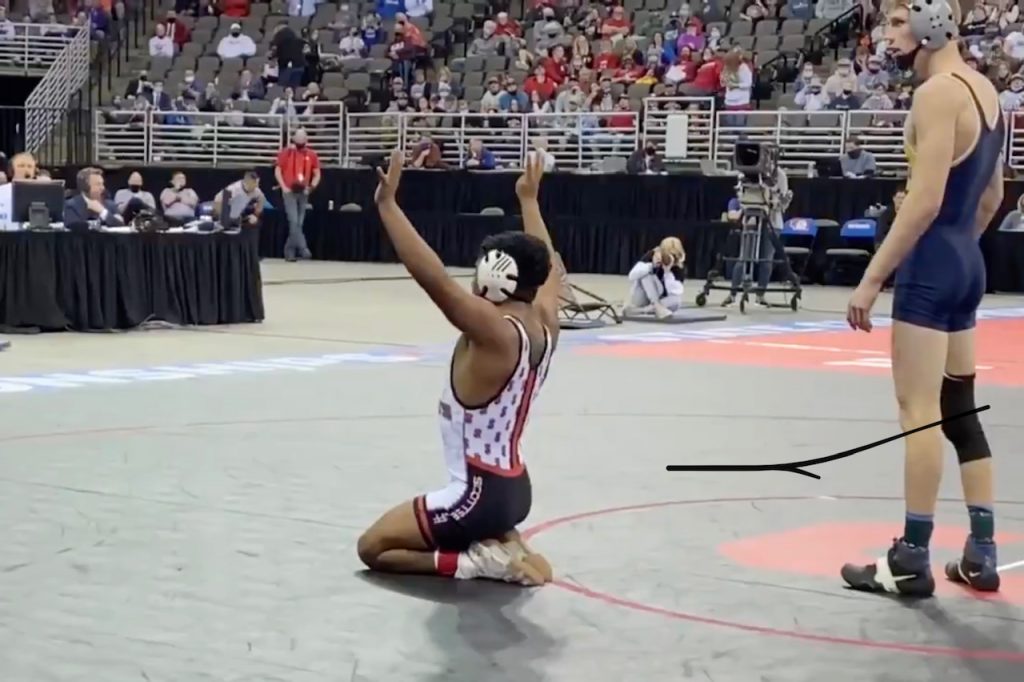 In a match that had plenty of eyes glued to the television here in town on Saturday it was Scottsbluff’s Paul Garcia defeating Gering’s Paul Ruff in the Class B championship match at 126 pounds, 1-0 in the double overtime tiebreaker scenario.

With the win Garcia becomes just the 34th wrestler in Nebraska pres history to become a four-time state champion! Not only that but he did it at four different weight classes; 106, 113, 120, and 126.

What an accomplishment for Garcia, who will wrestle in college at the University of Wyoming.

This one will be talked about by many in town for quite some time as the only point of the match was a penalty point awarded to Garcia in the first :30 tiebreaker session.

I am not a wrestling expert and watching the match I could not have talked the ins and outs of the strategy or what was going on with both young men, but I know it was THE appointment television for the night. And I’m sure many others in town were wrapped up in watching it also.

Tip of the cap to both.

Truly, the thrill of victory and the agony of defeat.