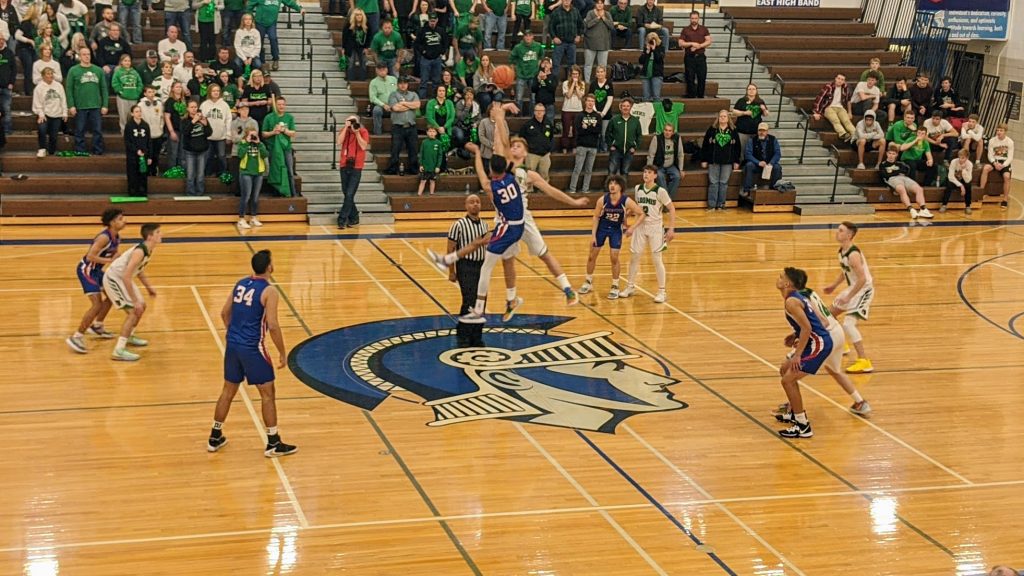 LINCOLN – At 23-2 the Loomis Wolves hoped to move past last year’s opening round loss at the state tournament. Unfortunately for the Wolves, they ran into a very good Parkview Christian Patriot team, losing 65-49.

It was a game of runs early on. The Patriots started out with an 8-0 run, but Loomis countered with a 9-1 run of their own to tie the game early in the second quarter. The teams went back and forth for the remainder of the quarter. Parkview Christian took a six point lead into halftime. Joshua Marcy had 11 points in the first half, the score was 30-24.

The Patriots came out fast in the third quarter extending their lead to 11 points eventually. A late run by the Wolves made the game 45-38 going into the fourth quarter.

The fourth quarter belonged to Parkview Christian as they outscored Loomis 20-11 to salt the game away. Jamie Juncal led all scorers with 18 points, Logan Paige finished with 16 as the Patriots get their 20th win. Marcy finished with 14 for the Wolves, Shay Swanson, Quin Johnson, and Nolan Benjamin all finished with 8 points as Loomis finishes the season 23-3.