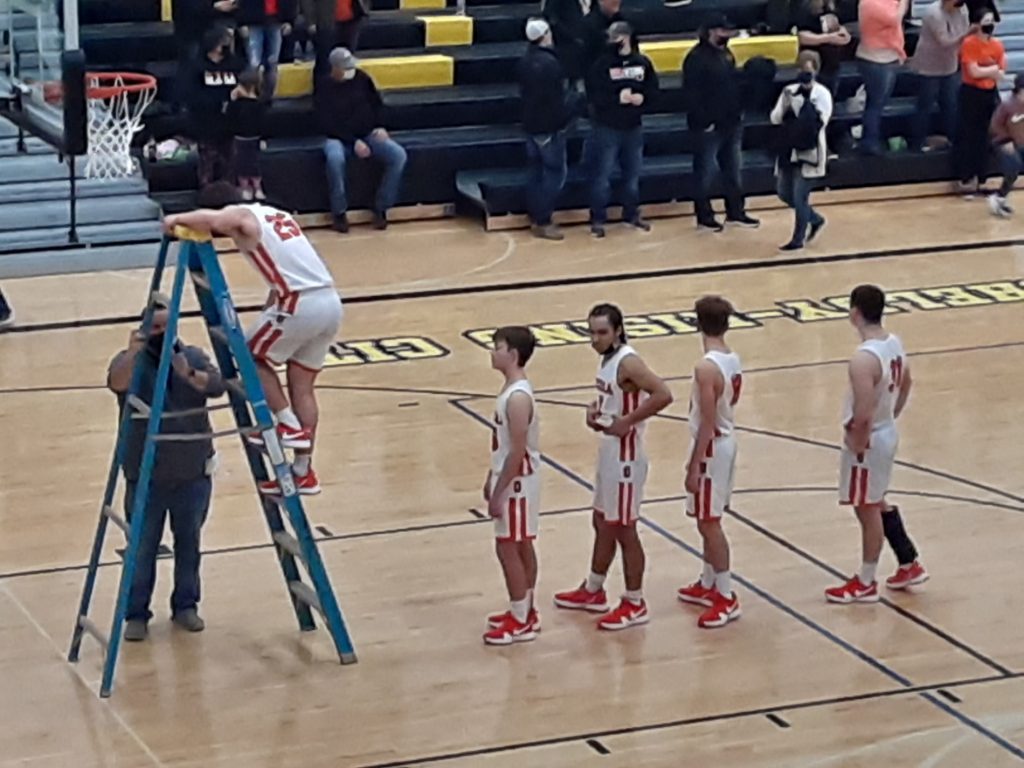 The 2021 Crossroads Conference basketball tournament concluded Saturday with the championships being held at Shelby-Rising City High School, and the consolations played at Osceola High School.

Sophomore Isaiah Zelasney poured in 35 points, as he led Osceola to it’s first-ever Crossroads Conference boys basketball tournament championship, with a 52-47 win over BDS. Zelasney scored 24 in the second half, to help his team pull away in what was mostly a close game throughout.

It was a four point game, 29-25, after three quarters, but the Bulldogs gradually built a 10 point final period lead, and held on for the five point win. BDS struggled with offensive balance, as senior Kyle Ardissono and junior Eli Noel scored all of the Eagle points until late in the game.

After one quarter, Meridian owned a 13-10 lead, and it wasn’t until late in the the second quarter when Cross County took it’s first lead. In the third quarter, Cross County expanded the lead, outscoring the Mustangs 13-6 and they would close out the game in the fourth quarter.

The battle for 3rd place in the Crossroads Conference girls basketball game saw the 1-seed Exeter Milligan Timberwolves take on the 3-seed the BDS Eagles. The game was a low-scoring affair through the first half with both teams going into the half tied at 10.

The second half is where the scoring began with Exeter Milligan getting 13 in the first quarter and BDS countering with 9 to give Exeter Milligan a four-point lead heading into the final period. In the fourth quarter, the Timberwolves, now 17-3 on the season, scored another 13 points to run away from the Eagles, winning the game by a 36-27 score.