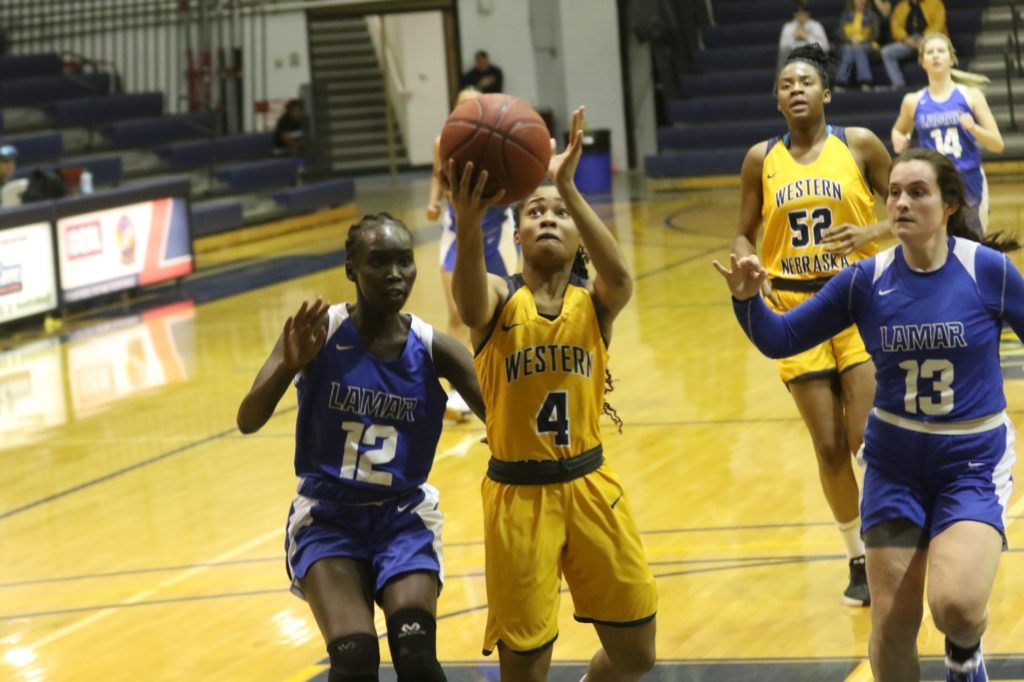 The win moves the Cougars to 18-1 on the season and 3-0 in the South sub-region. It was the Cougars 16th straight victory.

“We did a nice job of jumping on them early,” he said. “It was a team effort with several people stepping up.”

The Cougars had five players score in double digits in the win. R’Manie scored 13 of her 16 points in the first quarter as the Cougars piled up a 34-16 lead after the opening 10 minutes.

Tishara Morehouse finished with 16 as well with four 3-pointers Yuliyana Valcheva led the Cougars in scoring with 17 points, including five of the first 13 points.

The Cougars also received 15 points from Zarrea Coleman off the bench. Coleman scored eight of her 15 points within the first four minutes of the second quarter.

Maddy Campbell also chipped in 10 points on the night.

The Cougars never trailed in the contest, scoring the first 10 points behind 3-pointers from Pulling and Morehouse. WNCC buried eight of the team’s 15 treys in the first quarter. Pulling had three 3-pointers, while Campbell and Morehouse each had two.

The final quarter was a different story with the Cougars scoring the first 14 points for a 93-43 lead. WNCC closed out the game on a 9-0 run.

WNCC buried 15 3-pointers in the contest compared to just four for the Lopes. Lamar won the rebound battle 52-50. Morehouse, Valcheva, and Georgia Berry all had eight boards.

WNCC also dished out 24 assists and had 10 steals. Morehouse and Pulling each had six assists, while Morehouse, Coleman, and Dezmonea Antwine each had two steals.