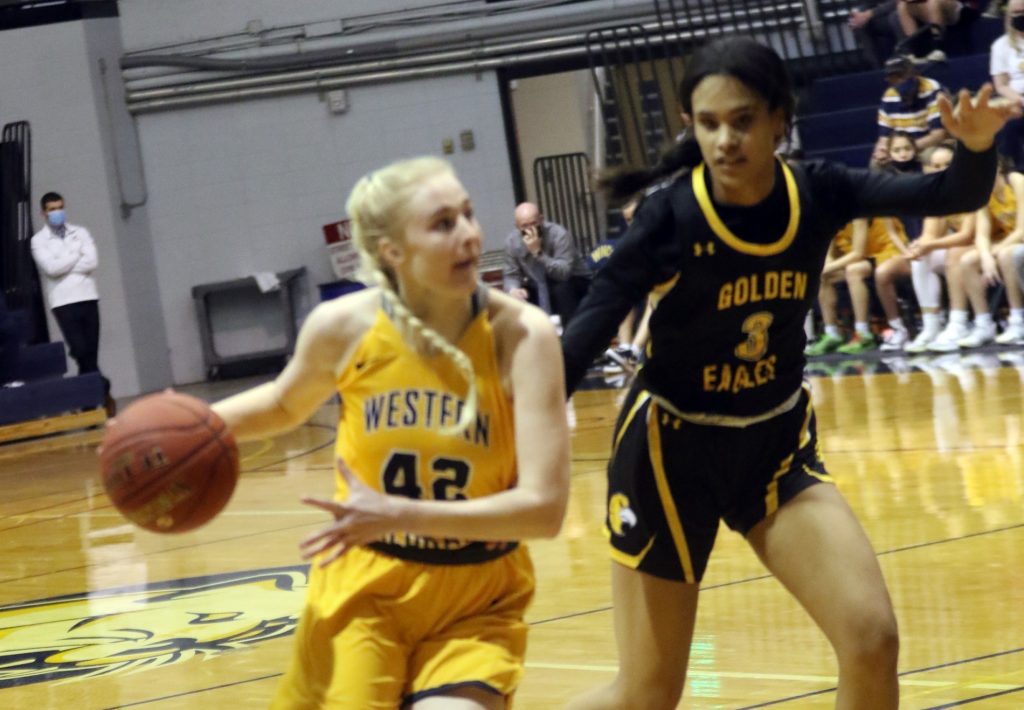 Alejah Douglas led all scorers with 18 points while Lidsey Mahoukou chipped in 12 and Ky Buell had 11.

The Cougars trailed just once in the contest when LCCC hit the opening 3-pointer of the game. After that, WNCC received buckets by Mahoukou, Ashley Panem, and a 3-pointer by Buell to lead 7-3. The Golden Eagles came back to cut the deficit to one at 9-8 on another trey, but the Cougars went on an 8-0 run to lead 17-8 and led 25-11 after the first 10 minutes of play.

The third quarter saw WNCC jump out to a 52-33 lead after a bucket by Buell and Panem, and a 3-pointer by Payton Fields. The Cougars went up by 20, 55-35 and led 61-38 after a bucket by Emma Johnson and a free throw my Madison Blaney. WNCC led 67-49 after three quarters.

The fourth quarter saw the Cougars outscore the Golden Eagles 8-4 to open the period and lead 75-53. WNCC went up my 29 on a Maddy Campbell trey and won 87-61.

WNCC out-rebounded the Golden Eagles 42-36. Fields and Johnson each had five rebounds. Johnson also had three blocks in the contest while Mahoukou had two blocks.

The Cougars dished out 16 assists, led by Douglas with four and Panem with three.

WNCC’s defense also registered 21 steals. Fields had five picks, while Douglas and Buell each had three, while Campbell had two.

Besides the three in double figures, the Cougars also received eight points from Johnson, Fields, and Martrice Brooks, while Isabelle Cook had seven points.

WNCC, 4-1, will have little time to rest as they will travel to Casper College Wednesday night to face No. 10-ranked Casper College.