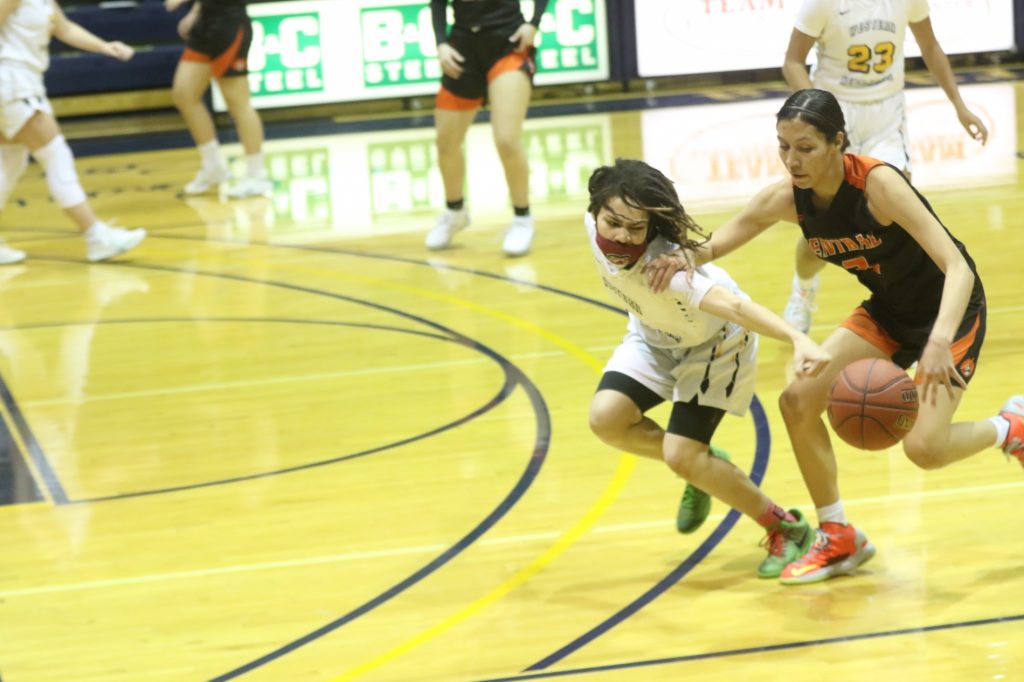 The Cougars had a balanced scoring output as all 13 players that played, scored. Payton Fields chipped in nine points, while Yara Garcia and Ashley Panem each had eight points.

Central Wyoming was led in scoring by Maile Williams with 24 points.

Freshman Emma Johnson of Ft. Collins, Colorado, said it was a good team win for the Cougars Wednesday night.

“I think we worked really good together,” Johnson said. “We definitely worked and clicked and meshed. We definitely had a good start.”

The Cougars depth definitely took over and that is going not be a big plus for the Cougars this season.

“We have a deep bench and knowing that if you need someone to come in and help you out, they can do that,” Johnson said. “I think coming off the scrimmages where we learned a lot of lessons, it is really cool to come out with the first home game and get the first win. I think we are starting on a pretty good road.”

The Cougars trailed just once in the contest as Central Wyoming hit the first bucket of the new season. After that, WNCC went on a 19-0 run led by Alejah Douglas, Ky Buell, and Emma Johnson. Johnson scored six of her 11 points in the first quarter as the Cougars led 27-9 after one quarter.

The second quarter saw WNCC play tough defense in holding the Rustlers to just six points while scoring 23 themselves. WNCC went on an 8-0 run to lead 37-10 capped off by back-to-back buckets by Johnson. WNCC went up 50-13 and led at halftime 50-15.

Central Wyoming sliced the lead in the fourth quarter to 83-48 and that was when the Cougar offense really caught fire, going on a10-0 run behind four points from Payton Fields and a bucket by Garcia.

Central Wyoming came back with a 8-0 run of their own but the Cougars scored six straight points from Garcia, Madison Blaney, and Martrice Brooks for a 99-46 lead. Garcia got the bot with 1:01 to play to put the Cougars over the century mark for the first time this season.

WNCC, 1-0, will be back in action Friday and Saturday when they travel to Riverton, Wyoming, to face Western Wyoming Community College and Central Wyoming College. The Cougar women will then return home next week to face Eastern Wyoming College on Tuesday and the College of Southern Idaho on Thursday.