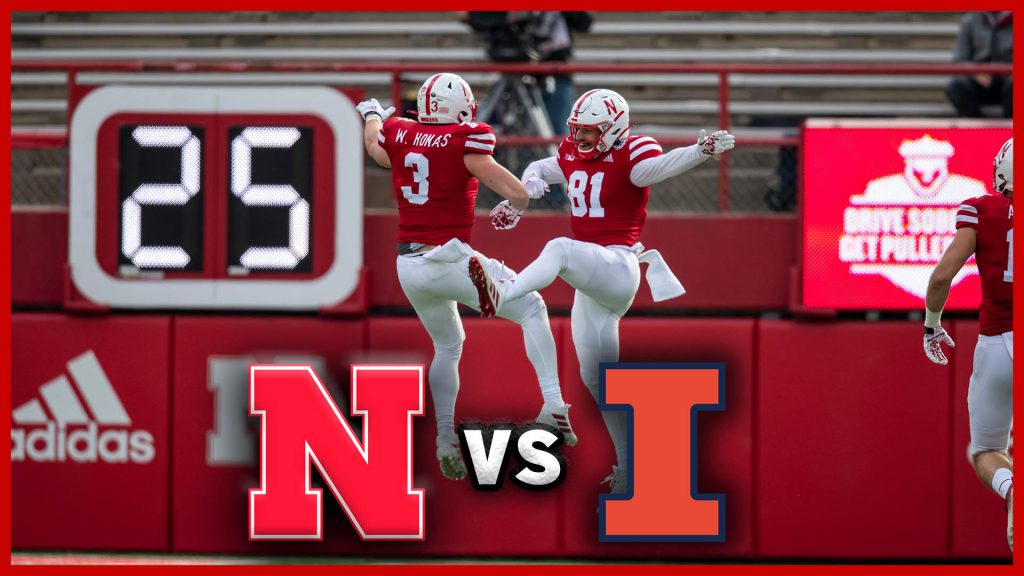 HuskerOnline’s Sean Callahan joins Jayson Jorgensen to discuss the Saturday matchup between the Nebraska Cornhuskers and the Illinois Fighting Illini!

Nebraska comes into the game with a 1-2 record following a hard-fought 30-23 victory over Penn State on Saturday in Lincoln.

Illinois comes into Saturday’s matchup with a 1-3 record following a 23-20 win against Rutgers on Saturday.

The Big Ten cross-division matchup is set to kick off shortly after 11 a.m. with the game televised nationally on FS1.