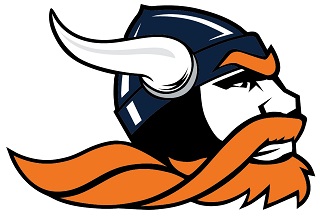 FREMONT, Neb. – Midland University’s men’s basketball team never gave up after a rough start on Wednesday night, but came just short of a victory that would have kept its postseason hopes alive.

The Warriors (9-17, 5-13 GPAC) overcame an abysmal first half of play to take a lead late, but couldn’t hold off the Concordia Bulldogs (20-9, 11-8 GPAC), who escaped the scare and held on for an 89-83 road victory. The loss mathematically eliminates the Warriors from the GPAC Postseason Tournament after entering the night with the No. 8 seed still within reach.

“We never really got in a rhythm in that first half and we were fortunate only to be down two possessions,” said Midland head coach Oliver Drake. “I thought in the second half we got into a good rhythm.”

To start the game, both teams struggled mightily to find baskets. After taking a 5-1 lead in the first three minutes, the Warriors went scoreless for nearly eight minutes while the Bulldogs went on a 12-0 run. Concordia wasn’t exactly clicking on offense, which allowed the Warriors to stay close despite the lackluster shooting numbers.

Concordia led by as many as 14 in the first half eventually took a 31-25 lead at the break after the Warriors scored the final eight points of the period. The Warriors shot just 27.8 percent from the field (10-for-36) but still found themselves in position for the win.

To start the second half, the team’s traded buckets for 10 minutes as Concordia also began to find its offensive rhythm. The Bulldogs maintained a two-possession lead during that time until a three-pointer from freshman Arturo Montes cut the lead to two points.

“We felt like we were in a good position to only be down two possessions to a really good team after the way we played,” Drake said. “We just said to keep fighting, keep battling, and good things will come.”

Montes’ three started a string of five straight possessions with bucket for the Warriors that saw them go from trailing by five to leading by four. Sophomore Bowen Sandquist knocked down a three-pointer with nine minutes to play to give Midland a 62-61 lead, its first since an early 5-4 advantage.

The Warriors maintained a steady six-point lead fort the next six minutes and led 79-73 with just under four minutes to play, but the Bulldogs wouldn’t go away after surrendering their lead. With 1:40 on the clock, a pair of free throws from Carter Kent put Concordia back up 80-79. After an empty possession for the Warriors, a back-cut layup from Justin Wiersema got the lead back to three.

Brevin Sloup came away with a steal on Midland’s next possession and completed a three-point play at the other end to extend the lead back to six and effectively put the game out of reach. Three free throws from Sandquist kept it close, but the Bulldogs converted on all five of their free throw attempts in the final minute to hold on to the 89-83 win.

Over the final 3:44, Concordia outscored Midland 16-4 to close out the game and put an end to a competitive, inconsistent game for both teams.

Free throws were a key difference in the game as Concordia was 21-for-31 from the line compared to Midland’s 10-for-13 mark. The Warriors were whistled for 24 fouls, twice as many as Concordia (12). One plus for Midland was turnover margin as it finished with just four compared to 12 giveaways for the Bulldogs.

Sandquist and Sloup led their respective squads with 22 points apiece in the game. Junior Laurence Merritt and freshman Sam Mailloux added 19 and 15 points, respectively, to the Warriors’ cause.

After a horrendous start, the Warriors put together a gutsy second-half effort to put themselves in a position to win, but the ball just didn’t bounce in their favor. As a result, the Warriors fail to make the GPAC Tournament for a second season in a row.

Despite their record, the growth and resiliency of the team was on full display on Wednesday, and has been ever since the start of 2020. The Warriors proved that they will be a strong, competitive group entering 2020-21.

“We have another good team coming in this weekend, and we just want to end the season, win or lose, by getting better,” Drake said. “Our last five or six games has been some of the best basketball that we’ve played from an effort standpoint.”

FREMONT, Neb. – A late push fell short as the Midland University women’s basketball team fell to No. 2 Concordia University by a score of 75-68 in Wednesday night Great Plains Athletic Conference action. Midland outscored Concordia in the final quarter but could not complete the comeback on their home court.

The Warriors shot 48.9 percent (23-of-47) from the field compared to 47.6 percent (30-of-63) for the Bulldogs. The 48.9 percent field goal percentage marks the best outing for the Warriors since a 60 percent (33-of-55) contest on December 14 against Northwestern and the third-best shooting performance of the season. Midland outrebounded Concordia 28-23 while the Bulldogs forced 21 turnovers with 26 points coming by way of turnovers. Freshman Lexi Kraft led the team with 16 points to go along with three assists. Senior Amanda Hansen and freshman Emma Shepard followed with 11 points and 10 points, respectively. Senior Maddie Meadows led the Warriors with eight rebounds.

Meadows would hit a deep three at the 7:27 mark of the opening quarter to knot the score at 6-6 before a layup from junior Makenna Sullivan gave Midland the slight edge. Concordia responded with an eight point run to take the lead. Sam Shepard would drop in a layup and reap the benefits of a steal by sophomore Lexis Haase as a pair of free throws saw Midland trailing 14-12. Both teams would find success down the stretch before a Haase layup capped off the quarter with the Warriors down 23-18.

A foul by Concordia saw Hansen knock down a pair of free throws to bring the score to 27-20 with seven minutes to go in the second quarter. The sister duo of Sam and Emma Shepard would combine for six points to cut the Bulldog lead to 34-29 with 4:21 to go. Late turnovers for the Warriors would result in a pair of threes to give Concordia a 42-31 advantage heading into the break.

The Bulldogs came out of intermission with a layup and jumper to extend the lead before junior Katy Gathje dropped in a couple from the charity stripe to stall the momentum. Hansen provided a spark with a four point run of her own which has Midland down 46-37 with 6:47 to go. The Bulldogs pulled ahead with a double-digit lead as a free throw from Sam Shepard rounded out the quarter with Midland down 61-49.

Emma Shepard nailed a three, and Hansen followed by taking advantage of a Bulldog foul with two free throws to bring the score to 61-54 with eight minutes remaining. Hansen and Kraft each hit a shot from beyond the arc to make it a seven-point game with 6:16 to go. Free throws would aid Concordia as the team built back a double digit lead, but a pair of threes by Kraft would bring the score to 75-68 with :29 on the clock. That was as close at the Warriors would come as time expired in the evenly-contested fourth quarter.

Midland (11-18, 7-14 GPAC) is set to close out the regular-season with a matchup against Mount Marty College (13-15, 7-14 GPAC) on Saturday, February 22. Tipoff is set for 2:00 p.m. from Wikert Event Center. A will will earn the Warriors a spot in the GPAC tournament as the eighth seed. Midland fell to Mount Marty in an overtime battle by a score of 87-85 when the teams met on January 11. The 2019-20 senior class will be honored postgame.

NSAA activities canceled for the remainder of the school year