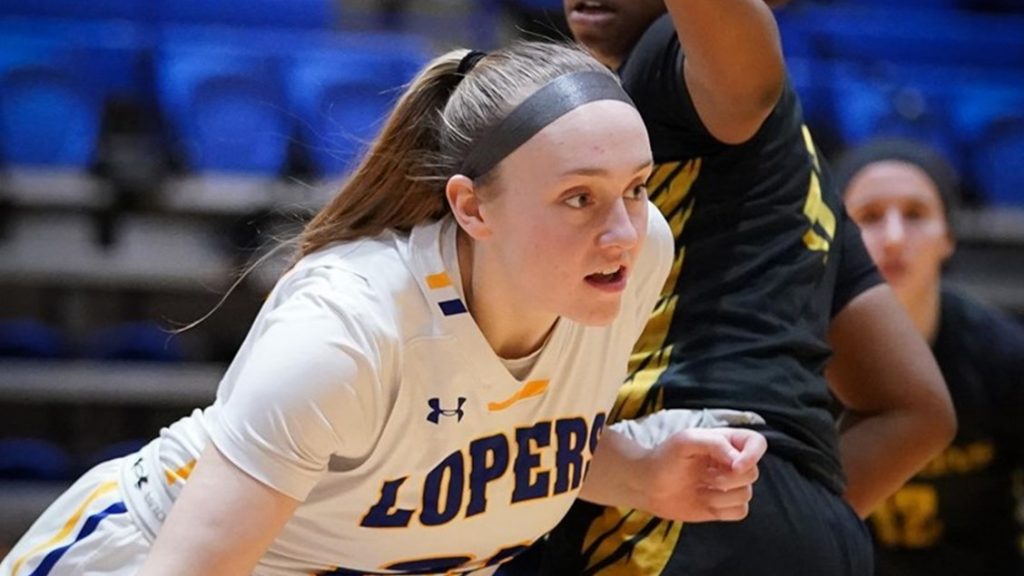 Kearney, Neb. – The fourth-ranked Nebraska-Kearney women’s basketball team finally gets to play rival Fort Hays State when the two teams meet Thursday at the Health & Sports Center. The 95th all-time meeting between the Lopers (12-0) and Tigers (9-2) tips at the usual time of 5:30 p.m. This game was originally scheduled for December 5 (Sat.) but postponed until January 26 (Tues.) due to COVID protocols. A winter storm then pushed the game back to January 28. The originally scheduled UNK at Hays game is set for January 30 so the two teams will battle twice within 48 hours.

The two teams have split the last six meetings with the Tigers holding a healthy 56-38 all-time series lead. The last five games have been decided by a total of 34 points (6.8 avg.) with the Lopers taking last year’s games by scores of 73-65 (home) and 72-67 (away). Trinity Law Guard Trinity Law Hays has won four straight with its two setbacks coming by a just combined eight points. Oklahoma State transfer and 5-8 senior guard Jaden Hobbs leaders the MIAA’s top offense by averaging 17.1 points, 5.7 assists, 3.1 rebounds and 2.5 steals per game. She shots 56% from the field and is in the league top five in seven different categories. The Tigers come in at 75.8 points per game thanks to 46% shooting and nearly eight made threes per game. The are plus four on the glass and also have a plus 2.8 turnover margin. FHSU has been held under 70 points only twice to date. Contrast that with UNK where the Lopers rank fourth nationally in scoring defense (48.3). Opponents are shooting just 32% from the field including a frigid 21% from behind the arc. No team has scored more than 57 points against Kearney with the team having a huge 9.8 rebounding margin. Tonight’s game can be heard on 93.1 KRVN FM, and 106.9 FM in Kearney.