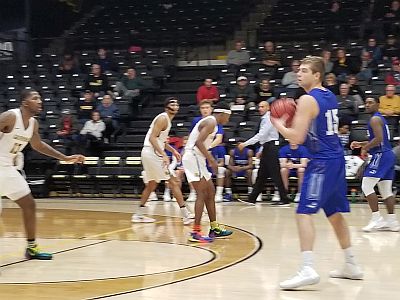 Improving to 4-6 in games decided by 10 points or less, MWSU seemingly had things on ice up 68-56 with just 5:16 left. UNK had tied things up at 44 on layup by Kansas senior Morgan Soucie before the Griffs zoomed ahead, getting 11 points in this key stretch from freshman reserve wing Jaron Thames.

However, as it has all season, UNK battled until the bitter end and trailed by two and had the ball with 19 seconds left. A 19-9 run was capped by two Soucie free throws who tallied 25 of his game-high 34 in the second half.

Up 77-75, Mo West saw junior guard Tyus Millhollin miss the front end of a one-and-one free with 19 seconds left. Soucie grabbed the rebound but Milhollin made up for his miss by recording a steal as UNK was trying to go to Soucie once again. He hit the subsequent free throws with another Mo West theft leading to two more freebies and the final tally.

“That’s a gritty young group. They fought hard all game and kind of controlled it. We got up eight early but AJ (Jackson) and Morgan got into foul trouble. When I brought both of them to the bench they made a little bit of a run and we never got control of it after that,” UNK head coach Kevin Lofton said.

Soucie, despite being popped in the left eye and undercut on a later shot attempt, went 13 of 17 from the floor (2 of 2 threes) to record his second 30-point game of the winter. He also had 10 rebounds, making this his second career double double. Mo West countered with Thames (6-6, 185 lbs.) who tallied 18 of his team-high 22 in the second half. Hitting a series of baseline shots he reached his total by going 9 of 15 from the field (1 of 3 threes) and 3 of 4 at the line. He also added six rebounds, three assists and a steal.

“They took off again midway through the second half and that’s when we tried to pick the tempo up, going with a smaller lineup. That got us right on the cusp of stealing it but we really didn’t do enough in the game, especially early, to feel bad about losing that one. They controlled the game,” Lofton said.

UNK was minus three on the glass, had two more turnovers than Mo West and missed six free throws. Besides Soucie, Iowa senior forward Kyle Juhl had a team-highs in both rebounds (10) and assists (five) with Bellevue senior forward AJ Jackson (12) and Utah junior guard Jake Walker (10) scoring in double figures. Jackson fouled out with 6:18 to go after making 5 of 9 shots.

“Defensively we didn’t get stops. Early in the second half maybe we should’ve tried our zone defense but you spend so much time on your man-to-man you feel like, in that situation, you want to go with what you’ve worked on the most,” Lofton said. “We have to keep our heads up. We easily could’ve packed it in down 11 with five to go. They miss a free throw and you’re like wow, we have a legitimate chance.” 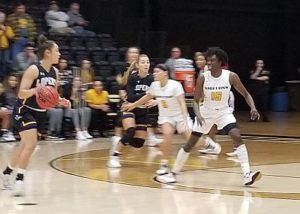 The Lopers (19-2, 8-2) are now tied with Central Oklahoma for second place in the league standings while the Griffons (14-4, 6-3) suffer its first home loss of the winter (9-1). UNK also beats a squad that has eliminated it from the MIAA Tournament each of the past two seasons.

“Missouri Western is a quality basketball team with a really good coach (former Texas Tech head coach Candice Whitaker). They were a team on Thursday that beat Hays by 17,” said Loper assistant coach Devin Eighmey. “I thought we were locked in today. We knew what was at stake … this was an opportunity to get a quality road win. We just kept battling.”

The grind it out affair featured 10 lead changes, eight ties and no lead bigger than eight points. The Lopers seemed in good shape up 54-48 with 3:26 left and possession of the ball. However the athletic and long Griffons forced three turnovers in a less than a minute to cut the deficit to two. They missed a shot at the rim with 2:32 left that would’ve tied things at 54.

Point guard Haley Simental (Pueblo West, Colo.) quieted MWSU Fieldhouse with her third and final triple of the day, making it 57-52 at the 2:20 mark. Mo West didn’t go away, getting a three-point play from senior guard Anastacia Johnson with 47 seconds left to trim the deficit to 59-57.

UNK missed a baseline layup with the shot clock winding down but Johnson couldn’t hit a pull up free throw line jumper with five seconds to go. A contested rebound luckily went to the Lopers as the possession arrow was pointing in the right direction. Sanger (Crofton) was subsequently fouled and hit the second of two freebies. After a timeout and advancement, MWSU got the ball to senior guard Kylee Williams and her right wing three attempt was contested by several Lopers with Kansas sophomore reserve Elisa Backes getting credit for a block.

“Early in the first quarter we had a chance to stretch the lead (up 9-1 and 16-11) a little bit more than we did. Then they made a run in the second and we kind of wavered that, along with some foul trouble with our fours,” Eighmey said. “We had a good start in the third and in the fourth I thought we had it but got a little sloppy late. Some careless turnovers and not taking care of the basketball.”

Out shooting MWSU by 14 percentage points and plus six on the glass, UNK saw Simental score a team-high 17, Elkhorn sophomore post Brooke Carlson go for 16 and seven rebounds with Iowa freshman reserve post Madison Dreckman having a second straight big effort at 11 points and three boards in just 16 minutes.

Simental and Carlson combined to go 13 of 22 from the field with seven different Lopers grabbing at least three boards. That included Missouri junior reserve point guard Adreon Bell with six.

“To hold a team like that to 57 points at home is an outstanding job. It’s a great resume win for us,” Eighmey said. “I think this (Mo West) is a Top 25 team. Have wins against Florida Southern and Hays, played Central Missouri tough.” 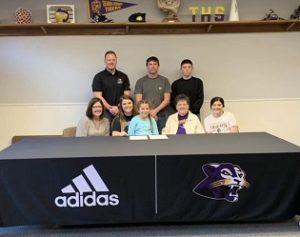 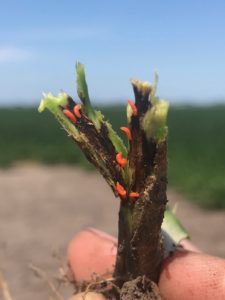