“Just having talked with our team … it’s just inconsistent right now. There are some guys you’re very pleased with and had great performances today. Guys like Matt (Malcolm), Jonathan (Killingsworth). And then there are guys that didn’t have their best performance today and a couple that got out wrestled,” UNK head coach Dalton Jensen said. “It was up and down throughout the lineup.”

Today’s festivities began at 133 pounds with fourth-ranked Wesley Dawkins racking up over four minutes of riding time en route to a 7-2 win while fellow Lincoln junior and 11th-ranked Jonathan Killingsworth won 4-1 at the next class. He also had a point of riding time as well as a first period takedown.

UNK then blanked UCO at 157 and 165 pounds as Pennsylvania junior Jacob Wasser won 3-0 and Iowa junior and second-ranked Matt Malcom recorded a 16-0 tech fall. Wasser had a late takedown in the opening period with Malcom earning win 25 thanks to three 4-point near falls to close out the first.

However UCO got a first period fall by top-ranked Heath Gray at 184 pounds and another one by junior Kalin Winkler at 197. They secured things with a forfeit at 125 pounds.

“You could probably say that (184 fall got them going). At the next weight we were likely beat on paper but not by a pin. So maybe that fall by Gray maybe sparks them a little bit and they get another one,” Jensen said. “(Top-ranked) Josh Portillo will be good going forward (at 125 pounds). We have a bigger focus than just a conference title.”

The Lopers host the Newman Jets next Thursday at Kearney High School. 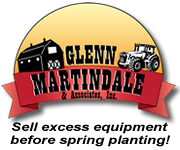