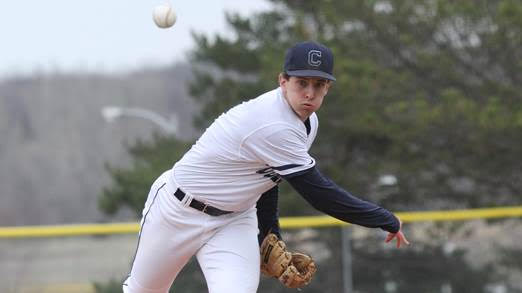 McPHERSON, Kan. – This may go down as one of the zaniest days in the history of the Concordia University baseball program. The Bulldogs got their Sunday (Feb. 9) started by resuming the suspended game two of the four-game set at McPherson College (Kan.). By the time the dust settled, Concordia was able to leave town with three wins in its season opening series. The visitors won on Sunday by scores of 7-2 and 20-12.

“I’ve never experienced anything like that,” Dupic said of Sunday’s capper. “We had a bad inning earlier but it was nothing compared to that. It was a cold day, we got a few hits and then they just couldn’t find the zone. I credit our guys for staying out of the way and not expanding the zone. We were sitting there thinking, ‘What is going on?’ It got to the point where we had to get the inning over or we weren’t going to finish the game (due to darkness and no lights).”

The top of the sixth of Sunday’s game two was wild, to say the least. McPherson did not record an out in the frame until Concordia sent its 19th batter of the inning to the plate. Concordia erased what had been a seven-run deficit – and then some – by equaling a school record with 16 runs in the inning. The painfully long half inning featured seven walks, five hits, four hit-by-pitches and three errors. Suddenly, an 11-4 disadvantage swung to a 20-11 advantage.

Concordia won out in that war of attrition. Run scoring hits were delivered in that sixth inning by Jose Cevallos, Jayden Adams, Thomas Sautel and Evan Bohman as part of the parade around the bases. Adams, Cevallos and Bohman each drove in three runs in the series finale. Somehow, the Bulldogs managed to tally 20 runs on six hits. They also drew 10 walks and seven hit-by-pitches.

The circus-like inning should not overshadow the work of Little in Sunday’s opener. While making his first collegiate appearance since 2018, Little covered 6.1 innings and allowed only one earned run on six hits and one walk. He flummoxed McPherson hitters to the tune of 11 strikeouts. It was a step toward Little regaining the level he showcased during his GPAC Pitcher of the Year campaign in ’18.

“That was a fun game,” Dupic said. “It was a clean game. We struck out 12, had one walk and one error. We pitched and defended well and did some good things on the bases. Peyton Scott put some pressure on them on the bases. Nick pounded the strike zone and worked through some jams early before he settled in. It wasn’t a good day to hit so it was important to command the zone and play defense.”

Part of the catching platoon along with Ben Berg, Beau Dorman rapped out two hits and drove in three runs in support of Little. In that same contest, Jakob Faulk collected two hits and scored two runs. It was a big weekend for Bohman, who reached base 12 times (seven hits, four walks, one HBP) and notched eight RBIs.

Concordia wound up using five pitchers on Sunday. Benjamin Coldiron threw three innings of relief in the series finale and picked up the first win of his career. Adrian Cotton had started the game and exited after two innings.

McPherson (5-3) has displayed a potent lineup of its own having racked up 93 runs over its first eight games. Also nicknamed the Bulldogs, the Kansas Collegiate Athletic Conference member took the second game of the weekend series by a 14-11 score. The final three outs of that game were recorded on Sunday morning.

Concordia is slated to return to action on Tuesday with a doubleheader at Sterling College (Kan.) (4-3), another KCAC squad. First pitch is scheduled for 12 p.m. CT.