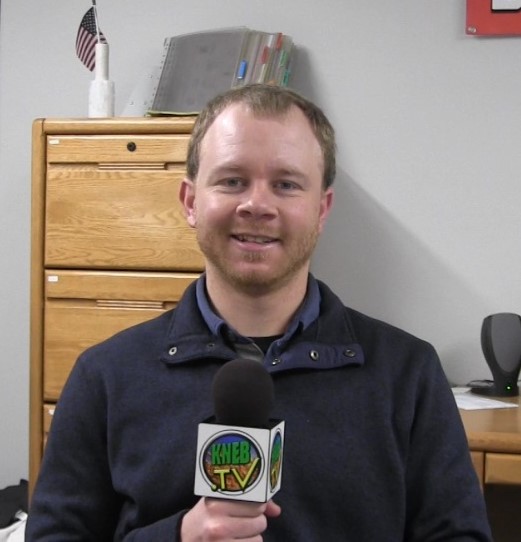 Holdrege High School and the Holdrege community got a great early delivery from Santa Claus this morning as Jake McLain has accepted the the head coaching position with the Dusters football program.

Jake has been a rising superstar in the coaching ranks since joining Scottsbluff High’s program six years ago.

KNEB Sports spoke with McLain this morning about this decision and why he feels it’s the right time to make this move to Holdrege.

In his first two years at Scottsbluff, McLain was the quarterbacks coach and helped with the secondary. For the last four seasons he’s been the defensive coordinator and one of the top assistants on staff.

In his time at Scottsbluff the Bearcats put together a record of 47-10, including state runner-up finishes in 2018 and 2019.

Coach McLain said he’s very thankful to have had the opportunity to coach at Scottsbluff High School.

To a man, everyone on the Scottsbluff staff for the last few years has mentioned how good Coach McLain is at his job. From Coach Joe Benson to Coach Jud Hall to everyone on the coaching staff. Here’s Jud Hall on what McLain meant to the Bearcat program.

On the football field Scottsbluff has been loaded with talent over the years, and here recently some of the more generational talent has come through the program and McLain will take plenty of player/coach memories with him.

Holdrege is coming off a 1-8 season on the gridiron and here’s what McLain had to say about the future of the Dusters program as he gets set to head east.

Jake McLain will be missed at Scottsbluff High School and with the Bearcat football program.

On the flipside, Holdrege football has an extended Christmas celebration as McLain is set to take over the Dusters program.

We’ll have the video edition of this story coming up on Thursday’s edition of KNEB.tv.