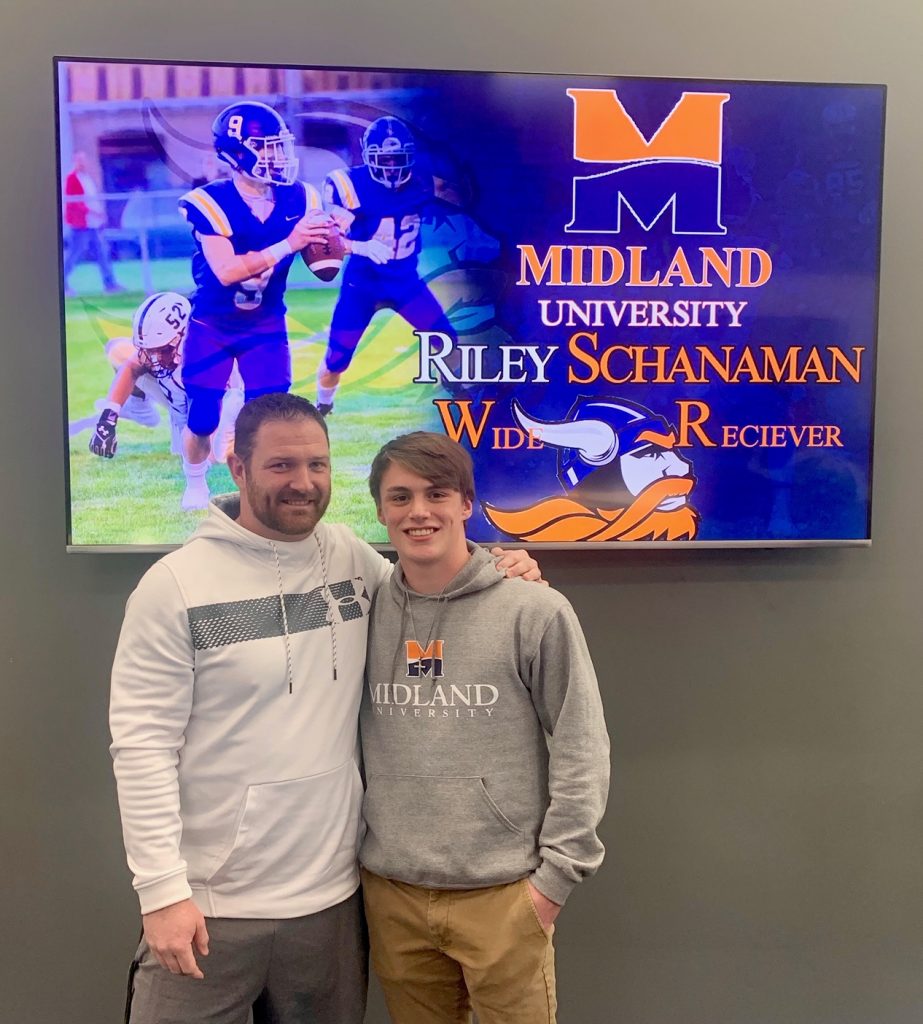 On Tuesday afternoon at Gering High School it was senior Riley Schanaman making a tough college decision as he signed with Midland University in Fremont where he’ll join the football program starting this fall.

As a senior for the Bulldogs this past season Schanaman rushed 38 times for 358 yards (9.4 ypc avg) and three touchdowns while also hauling in 12 catches for another 148 yards. Early in the season at quarterback, Schanaman completed 7 of 15 passes for 28 yards.

On the defensive side of the football as a senior Schanaman was in on 32 total tackles.

The tough part of the decision to go to Midland for football came from his other favorite sport; baseball. Schanaman has been a standout on the diamond for the Gering Platte Valley Companies team for a few years, excelling on the mound, at shortstop and hitting near the top of the order.

So what swung the pendulum towards the gridiron for Schanaman? He gives plenty of credit to former Gering Head Coach, Josh Hiatt, for instilling the belief he could take the next step.

Hiatt says Schanaman has the intangibles to be a success at Midland, “Riley is a determined, hard working athlete. He’s dynamic. He’s going to do whatever they ask him to. He’s gonna bring a dynamic skill set. I’m just proud of him for the work he put in from start to finish.”

Schanaman says he could play as either a slot receiver or defensive back at Midland.

Big picture, school wise, Schanaman plans to major in kinesiology or athletic training with a focus on becoming an athletic trainer or physical therapist.

(Thank you to Mark Rein for providing the audio of yesterday’s press conference.)