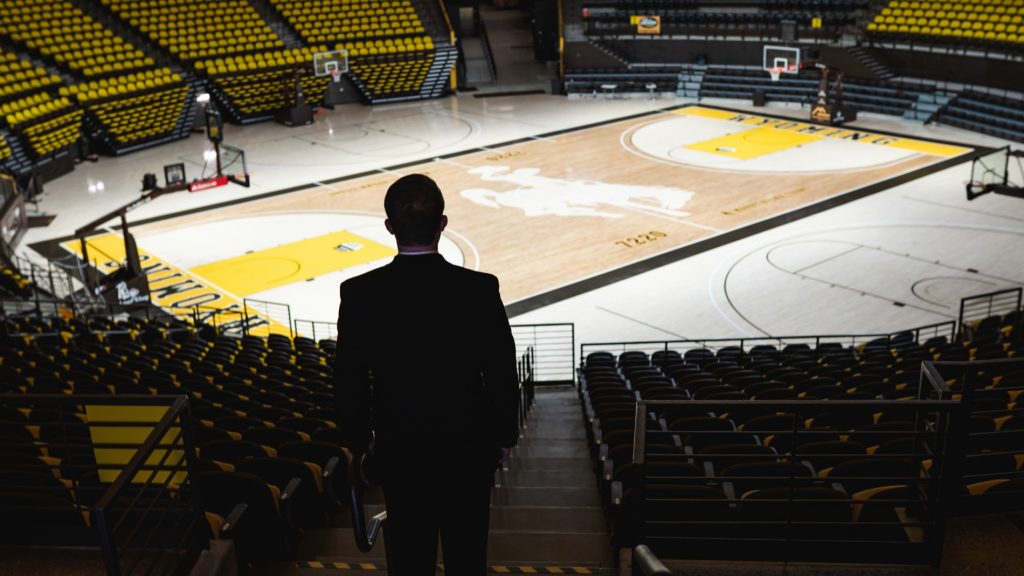 LARAMIE, Wyo. (May 2, 2020) – University of Wyoming head men’s basketball coach Jeff Linder announced on Saturday the signing of Jeremiah Oden to the 2020-21 roster. A native of Chicago, Ill., Oden played at one of the nation’s top prep school in Sunrise Christian Academy in Kansas last season. He was rated a three-star prospect by Rivals.com.

Oden, a 6-8, 180 pound forward is the Cowboys’ fifth three-star recruit according to Rivals.com. Last season at Sunrise Christian Academy, Oden helped lead Sunrise Christian to an sixth ranking in the final National Prep Coaches Poll. Oden averaged 10 points per game to go along with five rebounds. An outstanding shooter, he shot 38 percent from behind the arc. He played for Achoki “AC” Moikbu at Sunrise Christian, as over 80 players have gone on and played Division I basketball in the last decade including former Cowboy guard Alexander Aka Gorski.

“We’re really excited to welcome Jeremiah Oden to the University of Wyoming. Jeremiah brings a great deal of versatility, talent and length to the Cowboy program. As a player, he is a modern forward who has the ability to dribble, pass and shoot with exceptional feel and basketball IQ. The ability to defend multiple positions, as well as effecting the game on the offensive side of the floor via exploiting mismatches and being a perimeter shooting threat, makes Jeremiah a valuable asset from day one. In addition to his basketball ability, Jeremiah brings the care-factor and character to the roster that we are looking for as we build the Cowboy program going forward. He comes from a fantastic family and has been coached in high school, prep school and AAU by people who “get it” and who have the right values. We look forward to Jeremiah in the Brown and Gold the next 4 years.”