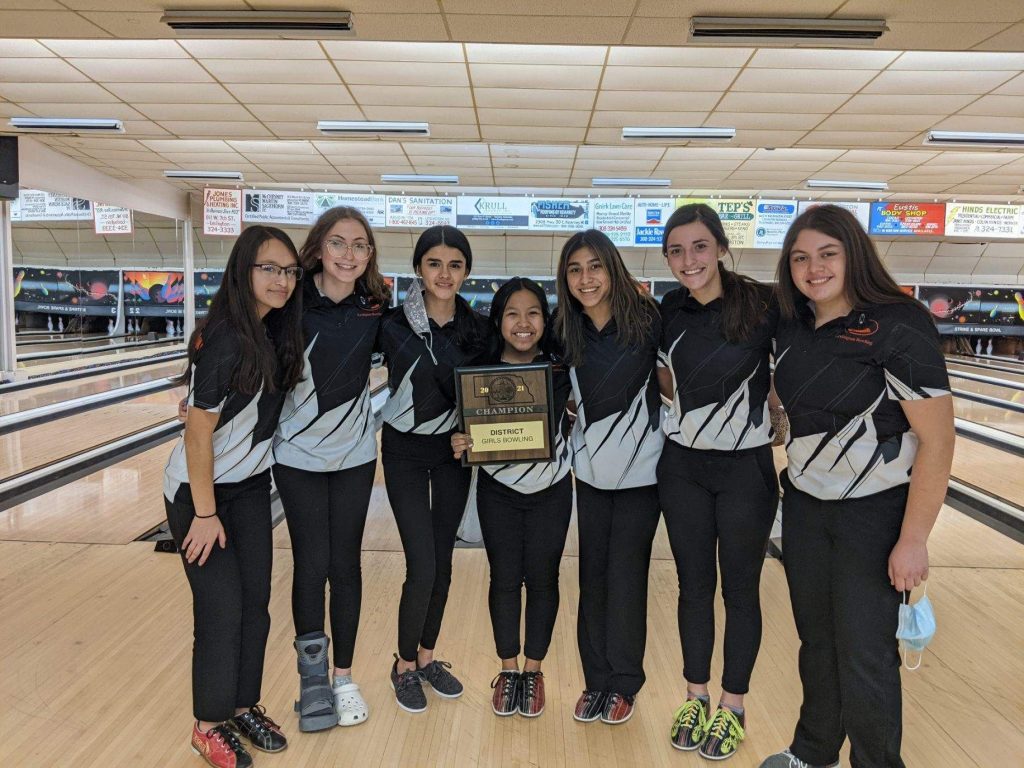 Both the Lexington Minutemen and Minutemaid bowling teams are heading to the NSAA State bowling tournament after they won district titles in Lexington on Monday. Lexington edged out Ogallala, Southern Valley, and Arapahoe. The Minutemaids finished with a 2656 total pin-fall day, which was nearly 500 pins over the district runner-up Ogallala who finished with 2163 total pin-fall. The girls were led by Cordelia Harbison and Taya Berry, who finished with a 444 and 418 series, respectively, to take the top two spots in individual scores. All five starters for the Minutemaids finished in the top seven, qualifying them for state singles.

Meanwhile, the Minutemen finished with a 2664 total pin-fall day, finishing more than 300 pins over the district runner-up Ogallala at 2354. Lexington’s Kenneth Garcia finished the day with a 457 series to take home the gold medal in individual scores. The Minutemen’s Alex Gomez and Chayse Nelson rounded out the top three, finishing with a 447 and a 442. All three will also head to the state singles tournament. The inaugural NSAA State Tournament will begin on February 8th, with state girl’s singles at 9 a.m., with the boys to follow at 2 p.m. The boys team tournament will start at 9 a.m. on Tuesday, February 9th, and the girl’s tournament will be on Wednesday, February 10th in Lincoln at Sun Valley Lanes.