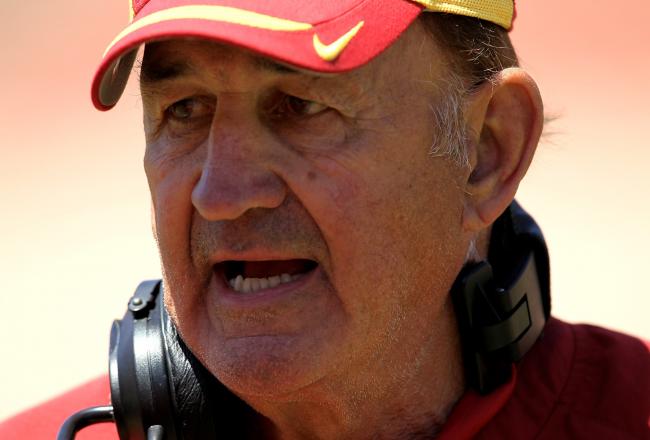 Jacksonville Jaguars Defensive Assistant Monte Kiffin, along with Denver’s Wade Phillips, has been selected as part of the Class of 2016 for the Paul “Dr. Z” Zimmerman Award by the Professional Football Writers of America (PFWA). The Dr. Z Award is given for lifetime achievement as an assistant coach in the NFL. The award is named for Zimmerman, who covered the NFL for 29 years as Sports Illustrated’s lead pro football writer.

Kiffin, 76, is entering his 50th year of coaching, with 28 years of NFL experience and 21 years in the collegiate ranks. Kiffin was hired by the Jaguars as the team’s defensive assistant on March 21, 2016. “It is an honor to receive this award with Coach Wade Phillips, as he is one of the best in the business,” said Kiffin. “I have so much respect for Wade, his father, Bum, and his family, and what they have done for the game of football. I’ve been fortunate to work with some great coaches, as well as many outstanding players, during my career, so I owe everything to those guys. Lastly, I want to say ‘thank you’ to Paul Zimmerman for the impact he has made on the football community and for sharing the game we love with so many people.”

After going 16-17 as the head coach at North Carolina State, Kiffin served as the linebackers coach for the Green Bay Packers (1983), the Buffalo Bills (1984-85), the Minnesota Vikings (1986-89) and the New York Jets (1990), before returning to Minnesota as the defensive coordinator in 1991, and the linebackers coach for three seasons (1992-94). Kiffin went on to be the defensive coordinator for the New Orleans Saints (1995), the Tampa Bay Buccaneers (1996-2008) and the University of Tennessee (2009). During his time with Tampa Bay, Kiffin oversaw a defensive staff that included current Jaguars Head Coach Gus Bradley (linebackers coach) and current Jaguars Defensive Coordinator Todd Wash (defensive quality control coach, defensive line coach).