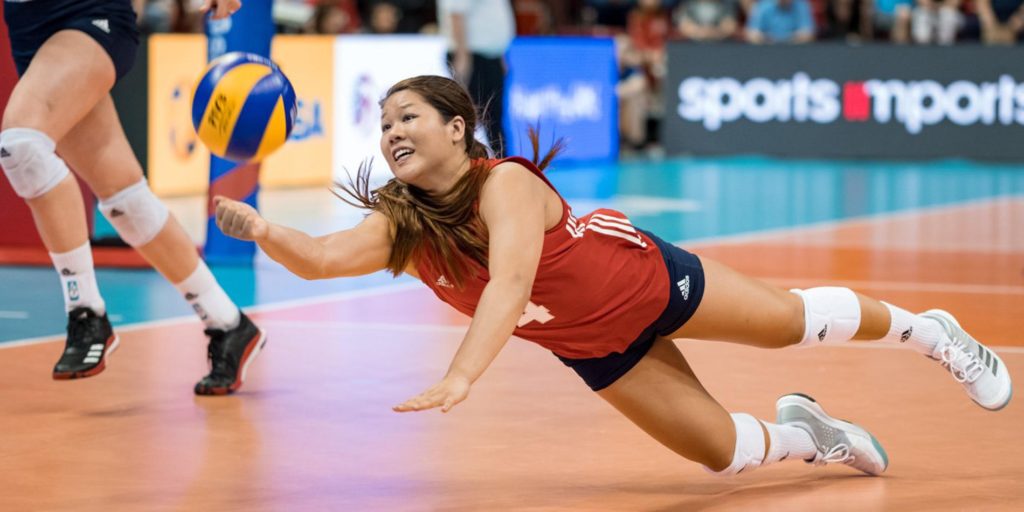 Justine Wong-Orantes (above) and Kadie Rolfzen will play for the U.S. Women's National Team at the Pan American Cup. Photo by USA Volleyball

COLORADO SPRINGS, Colo. – The U.S. Women’s National Team has named its 14-player roster which will represent Team USA at the 11-team Pan American Cup held July 6-14 in Trujillo and Chiclayo, Peru. Former Husker outside hitter Kadie Rolfzen and libero Justine Wong-Orantes have been named to the team.

The U.S. is grouped in Pool B with Colombia, Trinidad & Tobago, Mexico and Puerto Rico. The Americans open defense of their 2017 and 2018 Pan Am Cup titles on July 6 against Colombia at 3 p.m. CT, followed by Trinidad & Tobago on July 7 at 3 p.m. and Mexico on July 8 at 5 p.m. Team USA concludes pool play on July 10 against Puerto Rico at 5 p.m.

The playoffs begin on July 12 with quarterfinal matches having pool cross-over matches between second- and third-place teams. Semifinals are scheduled for July 13 and the tournament concludes on July 14 with the medal-round matches.