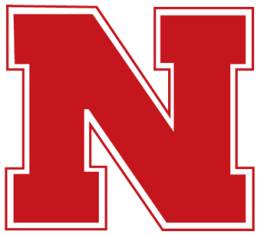 West Lafayette, Ind. – The Nebraska baseball team (15-7, 2-0 Big Ten) ran its win streak to six games and secured a series victory on Saturday with an 11-6 win over the Purdue Boilermakers (4-16, 0-2 Big Ten) at Alexander Field. The Huskers outhit the Boilermakers, 14-10, and took advantage of four Purdue errors.

Nebraska held a 4-3 lead following the end of the seventh before scoring three in the eighth and four in the ninth off reliever Shane Bryant, who was previously scheduled to start on Saturday. Bryant allowed seven run on eight hits over 3.0 innings.

Ryan Boldt recorded three hits for the second straight day, his seventh three-hit game of the year, and freshman Jesse Wilkening also notched his first career-high three-hit performance. After hitting five doubles on Friday night, NU added another three on Saturday, including a pair from Scott Schreiber and one from Boldt.

Redshirt freshman Jake McSteen improved to 2-0 on the year and went a career-high 6.0 innings on Saturday, topping his 5.0-inning outing last week against Wichita State. The left hander left the game with a 4-3 lead and freshman Chad Luensmann took over in the seventh. Luensmann needed just 16 pitches to retire all six batters he faced over the seventh and eighth innings

Purdue’s Matt Frawley made his first start of the season on Saturday after making five appearances out of the bullpen in 2016. The junior, who had a 1.61 ERA over 22.1 innings entering the day, went 6.0 innings and gave up four runs on four hits and two walks. Frawley gave up just one earned run, as third baseman Duncan McKinnon and shortstop Harry Shipley combined for three errors behind him.

The Huskers jumped out to a 2-0 lead in the first without getting a hit. Boldt started the game by taking second on a two-base fielding error by McKinnon. Jake Placzek then laid down a sacrifice bunt and this time McKinnon committed a throwing error that scored Boldt and Placzek took his place at second. Back-to-back ground balls to the right side of the infield by Ben Miller and Schreiber scored Placzek. McSteen came out and sat the Boilermakers down in order, including a pair of strikeouts.

After a 1-2-3 bottom of the third from McSteen, NU’s offense doubled its lead on a two-RBI single by Boldt. Following a passed ball that put two Huskers in scoring position, Boldt made the mistake hurt with a line drive to right field, his fifth hit of the series.

Trailing 4-0 and with only one hit over the first three innings, the Boilermakers cracked the scoreboard in the fourth with a run on three hits. With runners on the corners and two out, Nick Dalesandro bounced a RBI single up the middle to make it a 4-1 game.

Dalesandro came calling again in the sixth with two outs and again delivered a RBI single that cut NU’s lead to 4-2. Brett Carlson followed with a RBI double that nearly tied the game, but the Huskers cut Dalesandro down at plate, 9-4-2, preserving a 4-3 lead.

After neither team scored in the seventh, NU’s offense gave Luensmann a four-run cushion following a three-run top of the eighth. Schreiber nearly led off with his seventh homer of the year, but had to settle for a double off the wall. Jake Meyers then moved Schreiber to third with a ground out and Elijah Dilday picked up a RBI with a line drive to left field. Wilkening followed with a single and when Purdue tried to get Dilday at third, Wilkening took second base. Purdue then committed their fifth error of the game on a ground ball of the bat of Jake Schleppenbach, as second baseman Cody Strong went home and had Dilday, but threw the ball in the dirt and Dalesandro couldn’t handle it. Steven Reveles followed with a RBI fielder’s choice, pushing NU’s lead to 7-3.

Nebraska’s offense didn’t rest in the ninth, as they tacked on four runs on five hits off Bryant. Boldt and Schreiber both doubled in the frame and after Miller flew out for the first out of the inning, four straight Huskers picked up hits before the inning ended on a double play. Purdue didn’t go away quietly, as they scored three runs in the bottom of the ninth, but still fell five runs short.

Due to impending weather, tomorrow’s series finale has been moved up one hour to 11 a.m. (CT). Greg Sharpe and Ben McLaughlin will have the call across the Husker Sports Network.