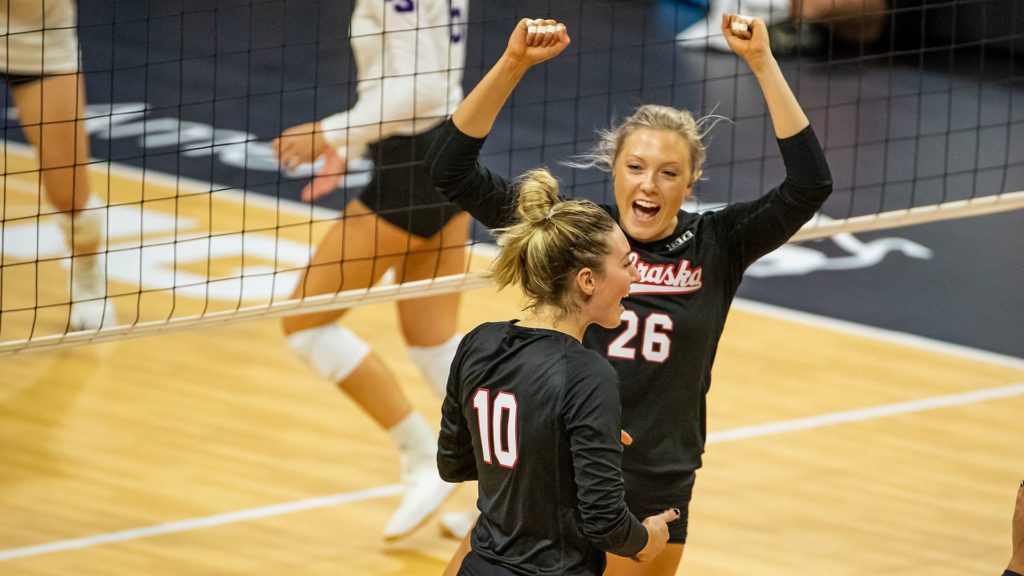 Nebraska (5-0) hit .349 and held High Point to a .033 hitting percentage. The Huskers posted eight blocks and were blocked only once by the Panthers (2-6).

NU had a 41-30 edge in digs with Kenzie Knuckles and Nicklin Hames recording eight each. Hames had 31 assists for the Big Red. Anezka Szabo sparked the Huskers in the dominant third set with a pair of kills and a block. In the 25-8 third-set win, NU hit .462 with 13 kills and just one error on 26 swings, while High Point hit -.125.

Set 1: The Huskers doubled up the Panthers, 10-5, with five kills by five different players. High Point pulled within four at 13-9, but the Huskers reeled off a 5-1 run to go up 18-10, sparked by a solo block and kill by Stivrins. NU led by as many as 10 at 23-13 before High Point strung together three points in a row. The Huskers earned the first-set win at 25-16 with four kills apiece from Kubik and Stivrins. High Point was held to a .065 hitting percentage.

Set 2: A kill by Stivrins on the slide broke an 8-8 tie in the second frame, and Sun hammered a kill before Schwarzenbach and Hames posted a block for an 11-8 lead. High Point cut it to one, 13-12, but a kill by Schwarzenbach and an error by the Panthers led to a 15-12 Husker advantage at the media timeout. The Panthers scored three in a row after the break, including back-to-back aces by Maggie Salley, to tie the set at 15-15. Sun produced three kills for the Huskers to put NU ahead 20-17 and force a timeout by High Point. But the Panthers roared back to tie the set at 21-21 with their fourth ace of the set. A service error by High Point, and back-to-back Panther attacking errors gave NU set point at 24-21. Kubik terminated a kill to finish off the set, 25-22.

Set 3: The Huskers got off to their best start of the match, taking a 5-1 lead on a Szabo kill. Another kill by Szabo, and a combined block between her and Stivrins increased NU’s lead to 7-2. The Huskers continued their strong play with Stivrins and Hames stuffing a High Point attack following two kills by Sun for a 14-4 lead. Schwarzenbach and Hames blasted kills, and Sun and Schwarzenbach teamed up for a block before Sun’s 13th kill made it 21-6. Nicole Drewnick subbed in to set for the Huskers, and she assisted Sun’s 14th kill of the match, as the Huskers finished the sweep, 25-8.

Up Next: Nebraska faces Denver on Friday at 7:30 p.m. Denver defeated Loyola Marymount, 3-2, in the early match on Friday.