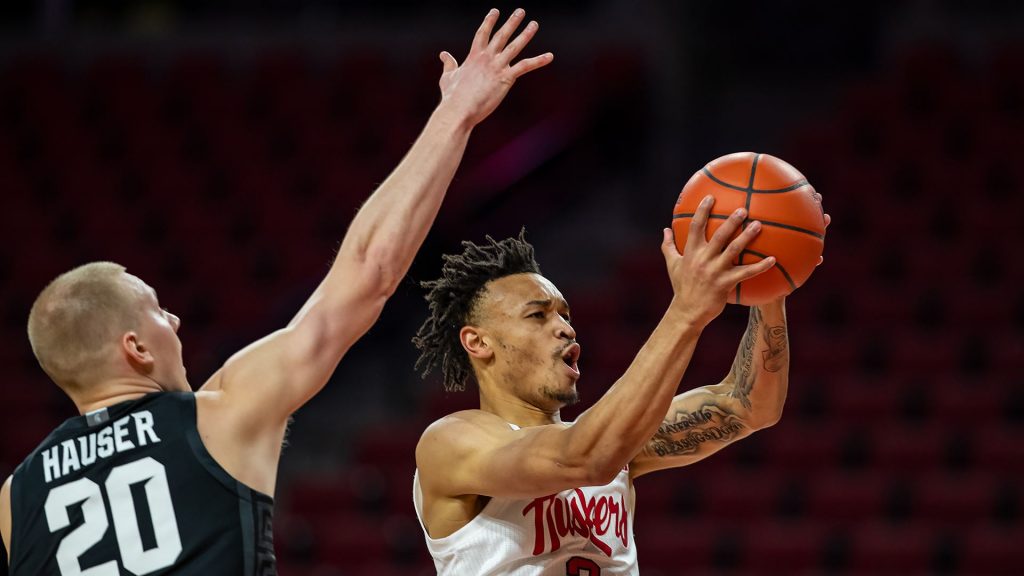 Nebraska nearly rallied back from a 17-point second-half deficit before falling to No. 17 Michigan State, 84-77 Saturday night at Pinnacle Bank Arena.

Trailing 64-50, the Huskers ran off eight straight points, including a pair of Allen 3-pointers, to make it a six-point game with 9:52 remaining. NU continued to battle back and pulled to within 66-61 with 7:32 left.

Nebraska was within 71-64 after a 3-point play from Trey McGowens at the 4:57 mark, but two straight MSU buckets gave the Spartans an 11-point lead after a Josh Langford basket with 3:35 remaining

The Huskers continued to battle as a Lat Mayen 3-pointer and a Dalano Banton basket pulled the Huskers within six with 2:55 left. NU would eventually get the margin to five three times in the last 1:12, but the Spartans (7-3, 1-3 Big Ten) kept the Huskers at bay to earn their first conference win.

McGowens added 20 points on 6-of-10 shooting and five rebounds, while Kobe Webster was the third Husker in double figures with 10 points.   McGowens kept he Huskers in the game in the first half, scoring 15 first-half points, including a pair of 3-pointers, as Nebraska trailed 40-33 at the break.

Michigan State’s Aaron Henry led all scorers with a career-high 27 points, including 17 in the first half. He had eight of his points in a 11-5 spurt to close the first half after the Huskers were within 29-28.

The Huskers’ next opportunity comes Tuesday at Purdue. The game is set for 6 p.m. in West Lafayette a