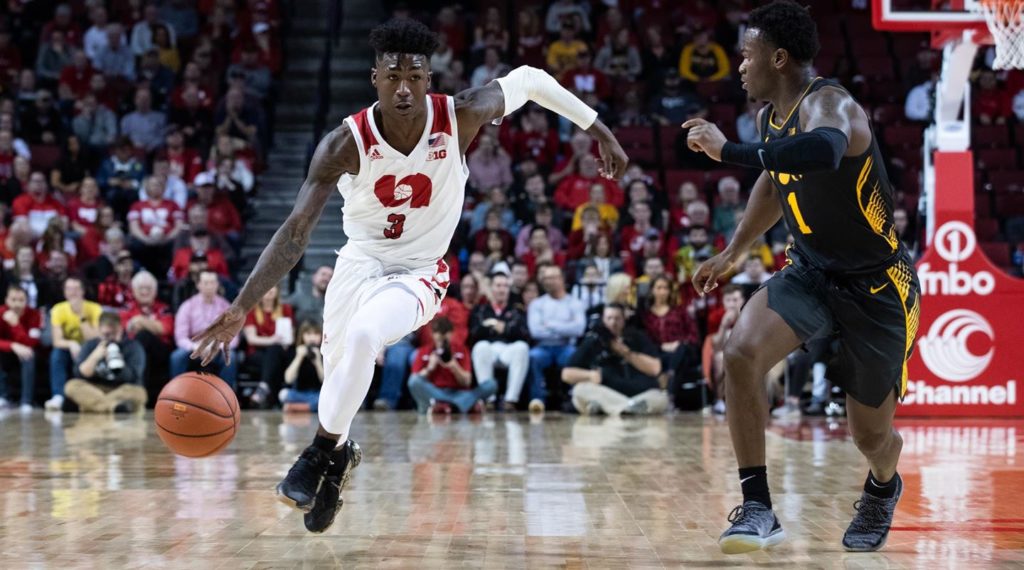 The Nebraska men’s basketball team returns to Pinnacle Bank Arena Saturday night, as the Huskers welcome the Indiana Hoosiers to town. Tipoff is slated for shortly after 6 p.m. and Saturday’s game is sold out, but any returned tickets would go on sale at the PBA box office beginning at 4:30 p.m.

The matchup will be carried nationally on BTN with Drew Carter and Stephen Bardo on the call. The game can also be streamed via the web, smartphones, tablets and connected devices through the Fox Sports app.

Fans can follow all of the action across the state of Nebraska on the Learfield IMG College Husker Sports Network with Kent Pavelka and Jake Muhleisen on the call. The game will also be available on Huskers.com, the Huskers app and TuneIn radio. The pregame show begins one hour prior to tipoff.

Junior guard Thorir Thorbjarnarson led four Huskers in double figures with 15 points and six rebounds. The 6-foot-6 junior guard went 5-of-8 from 3-point range and is third in the Big Ten in 3-point percentage (.482) heading into the weekend. Thorbjarnarson, who averaged just 2.0 ppg as a sophomore, is averaging 7.8 points per game this season, including 12.0 ppg in conference action.

Indiana (13-4, 3-3 Big Ten) looks to bounce back after falling to Rutgers, 59-50, on Wednesday. Justin Smith led three Hoosiers with 15 points, while Joey Brunk and Aljami Durham added 10 markers apiece. Indiana was held to just 32 percent shooting, including 2-of-19 from 3-point range, and committed 16 turnovers which led to 18 Rutgers points.

NUMBERS TO KNOW
.482- Thorir Thorbjarnarson is third in the Big Ten in 3-point percentage entering Saturday’s game with Indiana. He is 27-of-56 from long range this season after going a combined 6-of-28 behind the 3-point stripe in his first two years.

+3.0 – Nebraska enters the weekend leading the Big Ten in turnover margin at +3.0 per game. NU has committed 12 or fewer turnovers in each of the last nine contests. NU leads the Big Ten by committing 11.1 turnovers per game.

4 – Double-figure assist games for Cam Mack, which is the most by a Husker since Brian Carr had five in the 1985-86 season. Mack’s four games with 10+ assists rank sixth nationally as of Jan. 17

50 – Returning point total from last season, all by Thorir Thorbjarnarson. That is the lowest by any power conference team since the 2009-10 season.

SCOUTING INDIANA
Archie Miller is in his third season at Indiana after guiding the Dayton program for six years, leading the Flyers to four straight NCAA Tournament appearances. Miller’s first Indiana team went 16-15, and the Hoosiers improved to 19-16 and reached the 2019 NIT quarterfinals before falling to Wichita State.

Indiana opened the year with 11 wins in its first 12 contests, with the only setback coming at Wisconsin on Dec. 7. The Hoosiers are 3-3 since the 96-90 OT win over the Huskers in Assembly Hall on Dec. 13, with wins over Notre Dame, Ohio State and Northwestern. Indiana is averaging 74.6 points per game and is seventh in the Big Ten in field goal percentage. The Hoosiers are third in the conference in rebounding at +8.6 per game and are one of the best teams in the country at getting to the free throw line. The Hoosiers average over 26 attempts per game to lead the Big Ten.

Series History: Nebraska and Indiana meet for the 21st time on Saturday night and the 12th since the Huskers joined the Big Ten in 2011-12. Indiana leads the all-time series, 13-7, but the Huskers are 6-5 against the Hoosiers since Nebraska joined the Big Ten, including wins in three of the past four meetings. Indiana has been ranked in five of the 11 previous matchups since NU joined the Big Ten. This is first time since the 2015-16 season that the teams will meet twice in a season.

LAST MATCHUP
Dachon Burke Jr. poured in a team-high 25 points, including a 3-pointer with two seconds left in regulation to force overtime, but Nebraska fell 96-90 at Indiana on Dec. 13. Four of five Nebraska starters scored in double figures. Hannif Cheatham contributed 21 points on 7-of-15 shooting. Thorir Thorbjarnarson had a career-high 17 points and was 3-of-5 from 3-point range. Cam Mack scored 15 points and dished out a team-high 10 assists. Yvan Ouedraogo chipped in nine points and led the Huskers on the glass, collecting 10 rebounds.

Overall, Nebraska shot 44 percent from the field, including 12-of-32 from behind the 3-point arc, while holding the Hoosiers to 5-of-25 shooting from long distance. The Hoosiers owned a 54 to 31 rebounding advantage, however, and rode freshman Trayce Jackson-Davis’ 25 points and 15 rebounds to the overtime victory. For the game, Indiana shot 47 percent from the field and attempted 20 more free throws than the Huskers, making 27-of-38 from the charity stripe.

LAST TIME OUT
The Nebraska men’s basketball team, playing its second road game in four days, could not overcome a strong shooting performance from No. 21 Ohio State Tuesday night, as the Huskers fell to the Buckeyes 80-68.

Ohio State shot 54.5 percent on the night, the highest percentage by a Husker opponent this season. The Buckeyes were 30-of-55 from the field, including 10-of-22 from the 3-point line. CJ Walker, who scored 14 second-half points, paced six Buckeyes in double figures with a game-high 18 points. Kaleb Wesson added a double-double for Ohio State with 13 points and 14 rebounds.

Nebraska, which topped the 60-point mark for the first time in seven trips to Value City Arena, fell to 7-10 overall with the loss and dropped to 2-4 in Big Ten play. The Huskers shot 42.4 percent from the field and were 9-of-22 from the 3-point line. NU knocked down eight threes and shot 54.8 percent in the second half.

It was a balanced scoring night for the Big Red, as six Huskers had at least nine points. Thorir Thorbjarnarson led Nebraska with 15 points – all of which came in the second half – while knocking down a career-high five 3-pointers. He also led NU with six rebounds. Jervay Green, Cam Mack and Yvan Ouedraogo each added 10 points for the Huskers, with Mack adding six assists. Dachon Burke Jr. and Haanif Cheatham scored nine points apiece.

STORYLINES
• ESPN’s BPI has Nebraska with the third-hardest strength of schedule remaining as of Jan. 16. In fact, seven of the top 10 are from the Big Ten and all 14 conference teams are in the top 20.

• Nebraska enters the Indiana game averaging 72.5 points per game, which is on pace to be Nebraska’s highest scoring average since the 1996-97 squad averaged 72.9 points per game.

• Despite being undersized and having just one player who had played in a Big Ten game entering the season, Nebraska’s play in Big Ten action is starting to resemble the team’s that Coach Hoiberg had at Iowa State, especially with ball movement and limiting turnovers. NU is first or second in six offensive categories entering the weekend, including assist-to-turnover ratio and 3-point shooting.

• Cam Mack is the only Husker in the last 30 years to have multiple points-assists double-doubles in the same season as he has four this season, including three in Big Ten play. From 1989-90 to the end of the 2018-19 season, it had happened just five times. Mack’s consecutive points-assists double-doubles against Indiana and Purdue were the first since Brian Carr in December of 1985 (vs. UC-Irvine and Creighton).