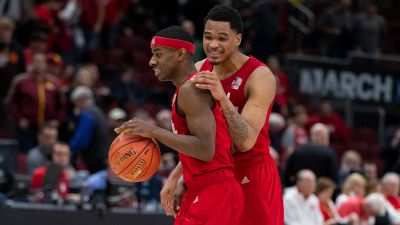 Lincoln – The Nebraska men’s basketball program will make its second straight postseason appearance, as the Huskers were selected for the 2019 National Invitational Tournament (NIT) Sunday evening.

Nebraska, which enters the postseason with an 18-16 record, is the No. 4 seed and will take on No. 5 seed Butler (16-16), on Wednesday, March 20 at Pinnacle Bank Arena. Tipoff is set for 8 p.m. (central) and the game will be televised on ESPN2 and carried on the Husker Sports Network.

“We are excited to have our season continue, especially for our seniors who wanted to return to postseason play,” Nebraska Coach Tim Miles said. “We had our share of struggles at times, but I think the way we have played over the final two weeks of the season is a testament to our players and the character they have. I believe that our performance at the Big Ten Tournament is a good momentum boost heading into the postseason, and showed a team that wanted to keep playing.

“We have been tested against a schedule that is in the top five nationally in Kenpom, including 25 games against the top two quadrants in the NET, and we are looking forward to the postseason challenge.”

Butler tied for eighth in the Big East with a 7-11 mark and features guard Kamar Baldwin, who was a second-team All-Big East selection this season. Baldwin averaged 17.2 points, 5.0 rebounds and 3.2 rebounds per game.

The 2019 NIT is the 26th postseason appearance in school history and 19th time NU has been selected for the NIT. The Huskers are 23-17 all-time in the NIT, including a championship in the 1996 NIT and semifinal appearances in 1983 and 1987.