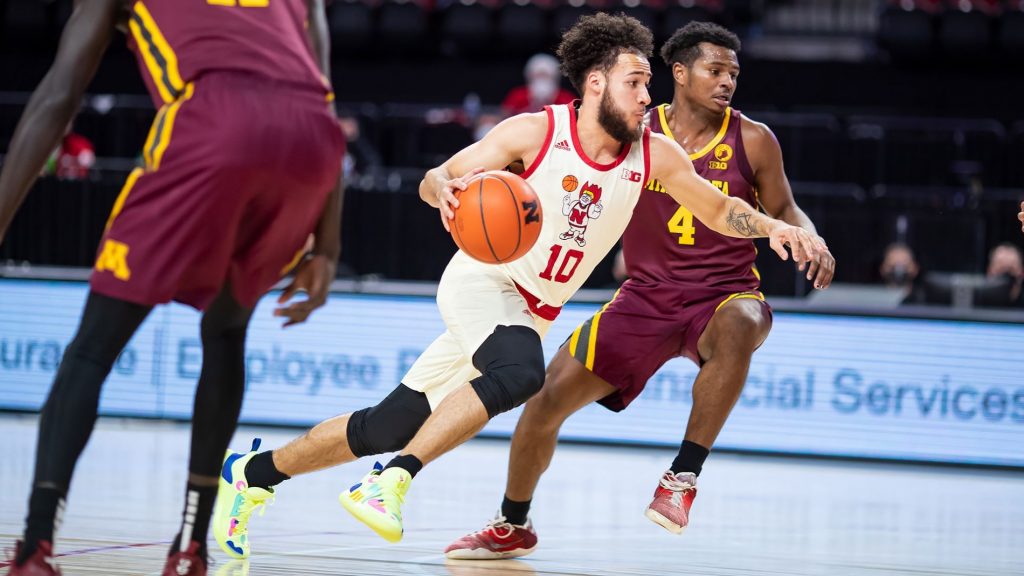 Kobe Webster had a season-high 23 points and five assists, as Nebraska rallied back from a 16-point deficit but Ryan Young’s putback with 2.7 seconds left lifted Northwestern to a 79-78 victory over Nebraska Sunday afternoon.

Webster scored 20 of his 23-points in the second half, as the Huskers erased a 39-30 halftime deficit and began their comeback. The senior guard hit a pair of 3-pointers in a 13-4 run in the first four minutes of the second half to get NU within 45-43.

The Huskers eventually led 75-71 on Derrick Walker’s putback with 2:22 left, but the Wildcats would rally. Chase Audige’s 3-pointer started a 6-0 run that put the Wildcats up 77-75 on Boo Buie’s free throw with 1:11 left. Nebraska would regain the lead on a three-point play from Trey McGowens with 1:00 remaining to go up 78-77. The Huskers had a chance to stretch the lead, but a turnover on the next possession gave the Wildcats one final shot with 11.5 seconds left. NU forced Pete Nance into a tough shot, but Young was there for the game winner.

The Huskers return to action on Wednesday, as they will take on Penn State in the opening round of the Big Ten Tournament. Tipoff is scheduled for 25 minutes following the conclusion of the Minnesota-Northwestern matchup.

Postgame Notes
*-Kobe Webster finished with a season-high 23 points, including a career-best seven 3-pointers. It marked his second 20-point effort of 2020-21 (also vs. Georgia Tech) and 26th of his career. Webster’s seven 3-pointers were the most since Glynn Watson Jr. had seven against Iowa on March 10, 2019. Webster also dished out a season-high five assists.
*-Nebraska’s 14 3-pointers was a season-high (previous high 13). It’s the sixth time NU has had at least 10 3-pointers in a game, and today marks just the second time this season the Huskers have had 10+ 3-pointers in consecutive games (also at Creighton, vs. Doane).
*-Thorir Thorbjarnarson dished out a career-high six assists, marking the third straight game with a season or career high in assists.
*-Nebraska finished with 21 assists, its highest total against a Division I opponent this year. NU has had 19 or more assists in three of the last four games.
*-The last three Nebraska-Northwestern games have all been decided by five points or less.