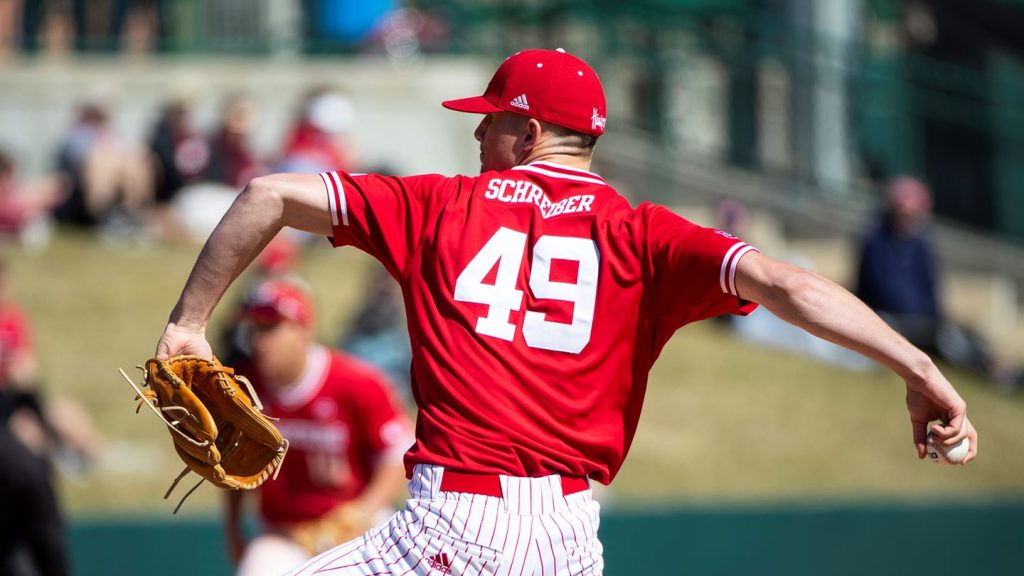 The Nebraska baseball team (5-8) continues its 10-games-in-10-days stretch with a pair of midweek contests against Northern Colorado (4-11) at Hawks Field at Haymarket Park.

The Huskers and Bears face each other Tuesday at 4:05 p.m. (CT) and Wednesday at 1:35 p.m. (CT). The first 500 fans into Tuesday’s game will receive a coupon for a $1 hot chocolate at the concession stands at Haymarket Park.

Nebraska enters the week having won four of its last five games, including two wins by seven-or-more runs. Northern Colorado enters the series on a two-game losing streak. NU and UNC played each other for 15 consecutive seasons from 2004 to 2018, but didn’t face off in 2019.

Both games will be streamed live online via BTN+, with a subscription required to watch. An annual pass to the streaming service is $79.95 per year to watch content for one school and $119.95 to watch all Big Ten schools. Monthly passes are priced at $9.95 per month for one school and $14.95 for all schools.

Fans can listen to Greg Sharpe and Nick Handley call the action this week on the Learfield IMG College Husker Sports Network. Every game this season can be heard on Huskers.com and the Official Nebraska Huskers App for both iOS and android devices.

Both games of the Northern Colorado series will be carried on TuneIn.com and the TuneIn App on the Husker Sports Network channel. Fans in Lincoln can listen on 1400 AM and fans in Omaha can listen on 590 AM.

Fans can purchase tickets by visiting Huskers.com/tickets or by calling 800-8-BIG RED. Single-game tickets are $14 (club seats), $11 (reserved and home run terrace), $7 (adult general admission) and $5 (youth and seniors general admission). Diamond Deals are also available, which give fans the chance to pick nine home games for the 2020 season for $90.

The Huskers won 3-of-4 games against Columbia at Hawks Field over the weekend. In Friday’s series opener, NU’s pitchers compiled 16 strikeouts to help the Huskers capture a 5-3 win. Nebraska split its doubleheader on Saturday, winning Game 1 by a 7-3 margin before dropping Game 2 by a 3-2 tally. In Sunday’s series finale, NU defeated the Lions, 12-5, behind five runs over the Huskers’ final two offensive innings.

The Huskers travel to Wichita, Kan., this weekend for a four-game series against Wichita State at Eck Stadium. The Huskers and Shockers square off Friday, beginning at 3 p.m. (CT). On Saturday, the two teams face off in a doubleheader, starting at noon (CT). Sunday’s series finale is slated for 1 p.m. (CT).