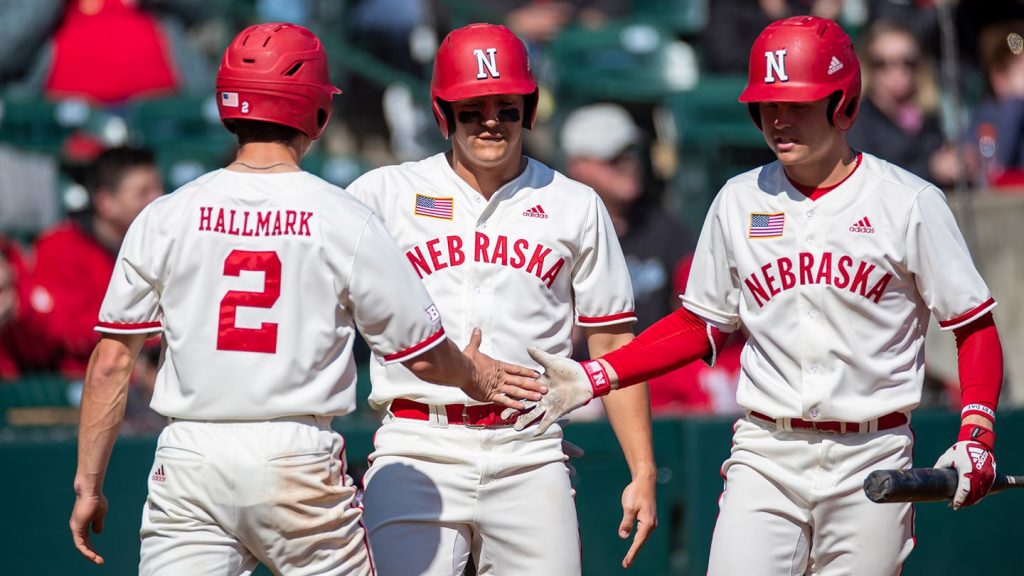 Lincoln – In front of a limited crowd of 1,647 fans on Friday afternoon at Hawks Field the Nebraska baseball team posted a 6-1 win over the Minnesota Golden Gophers in the 2021 home opener. Cade Povich struck out 10 over 7.0 shutout innings and the NU offense notched 11 hits, including two each from Jaxon Hallmark, Luke Roskam, Mojo Hagge and Griffin Everitt.

Povich set a career high with his 7.0 innings of work on Friday, topping his previous best of 6.2 innings against Columbia last season. The junior left hander has now recorded double-digit strikeouts in two of his last three starts, including a career-high 12 against Ohio State on March 12. Povich put the Gophers down in order three times on Friday and allowed just four hits and no walks.

Povich retired the Gophers in order to start the game and then received support from his offense. Hallmark stepped in with one out and blasted a 2-1 offering over the left field fence for his second home run of the season, giving the Huskers a 1-0 lead.

Povich struck out the side in the top of the third before NU’s offense added another run. Joe Acker led off with a single and two batters later scored all the way from first on Spencer Schwellenbach’s fifth double the season.

Trailing 2-0, the Gophers were able to bring the tying run to the plate in the fourth after Zack Rabbe opened the inning with a double, but Povich responded with three straight strikeouts. Povich notched his fourth straight strikeout to start the fifth and went on to retire the Gophers in order with a ground out and a fly out.

Nebraska added to its lead in the bottom of the sixth with three runs on three hits, with all three runs crossing the plate with two outs. Cam Chick led off with a single, Max Anderson walked and then Roskam executed a sacrifice bunt that put two runners in scoring position. Efry Cervantes hit into a fielder’s choice, as Rabbe at second base was able to field the ground ball and cut down Chick at home. With runners on the corners and two out the Gophers went to reliever Tom Skoro, who promptly gave up back-to-back RBI singles to Hagge and Everitt. The Huskers then executed a double steal and on the play catcher Chase Stanke threw wide of second base and Hagge was able to score, increasing NU’s lead to 5-0. Skoro was able to end the inning with a strikeout.

Working with a 5-0 lead Povich retired the Gophers in order in the seventh, including his 10th strikeout of the game to end the frame.

Minnesota was able to get on the board in the top of the eighth when it scored a run on three hits, but Braxton Bragg quickly ended the threat with an inning-ending double play. Nebraska got the run back in the bottom of the frame when Roskam led off with a single and later scored on a single from Everitt.

The Huskers and Gophers are set for a doubleheader Saturday, with game one set for Noon. The second game of the day will start approximately 45 minutes after the end of game one