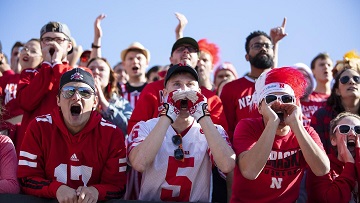 Nebraska has finalized its 2021 football schedule with the addition of a matchup against the Fordham Rams on Sept. 4 at Memorial Stadium. The game against Fordham replaces a previously scheduled game with Southeastern Louisiana on Nov. 13.

Nebraska opens its 2021 schedule with a Week Zero Big Ten West contest at Illinois before returning home for its next two games.

“We have been actively exploring opportunities to play a home game on Sept. 4 since our Ireland trip to play Illinois was canceled,” Nebraska Athletic Director Bill Moos said. “It was important for several reasons to add a September home game. It provides a better flow to the start of our season for our team, and gives us a valuable early-season showcase for recruits. This will also provide our fans and local businesses with a home game on the traditional season-opening weekend.

“We are appreciative of the flexibility of both Fordham and Southeastern Louisiana to make this schedule change possible late in the process.”

Fordham plays in the Patriot League in the Football Championship Subdivision. The Rams played a shortened spring season, posting a 2-1 record with victories over Colgate and Bucknell.

Nebraska and Southeastern Louisiana will continue discussions about the possibility of re-scheduling the previously scheduled 2021 game in a later season.

With the completion of the home schedule, Nebraska football season ticket holders will receive season ticket renewal information this week.