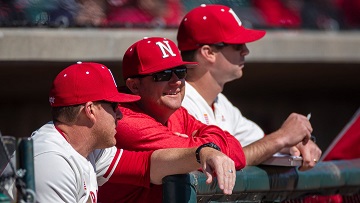 “Koty and Jake are two high level winners that we are fortunate to add to our program,” Bolt said. “They check every box we are searching for in bringing in high level junior college transfers. They will make our staff and our team better the instant they step foot on campus.”

Coach Bolt on Bunz: “Jake had a dominant season at Hutch in 2019 and has been recovering from Tommy John surgery for the past year. He will bring multiple above average offerings from the left side and pitches with attitude and emotion. He will compete for innings right away.”

Recruiting Coordinator Lance Harvell on Bunz: “Jake is a lefty with a big frame and a big arm who has power stuff. Coming from Hutch, we know he’s going to be ready to step in and compete for us next year. (Hutchinson Head Coach) Ryan Schmidt and his staff do such a great job with their players as far as development and getting them ready to play at the Division I level. We’re really excited about Jake. He’s a frontline arm that we see pitching on the weekends for us and another kid from the state of Nebraska who was born to be a Husker.”

Coach Bolt on Frank: “Koty has been a winner for two years at EOCC. He leaves the program in the top five of many career records and loves to compete. He’s a good athlete on the mound and dominates the strike zone with a variety of different pitches. He has a feel to change speeds and set hitters up that is at an advanced level.”

Coach Harvell on Frank: “Koty has plus command and plus pitchability. He will throw any pitch in any count in any situation and will do it with supreme confidence. He knows who he is and knows how to get hitters out. He is going to be a valuable commodity for us on our pitching staff moving forward.”