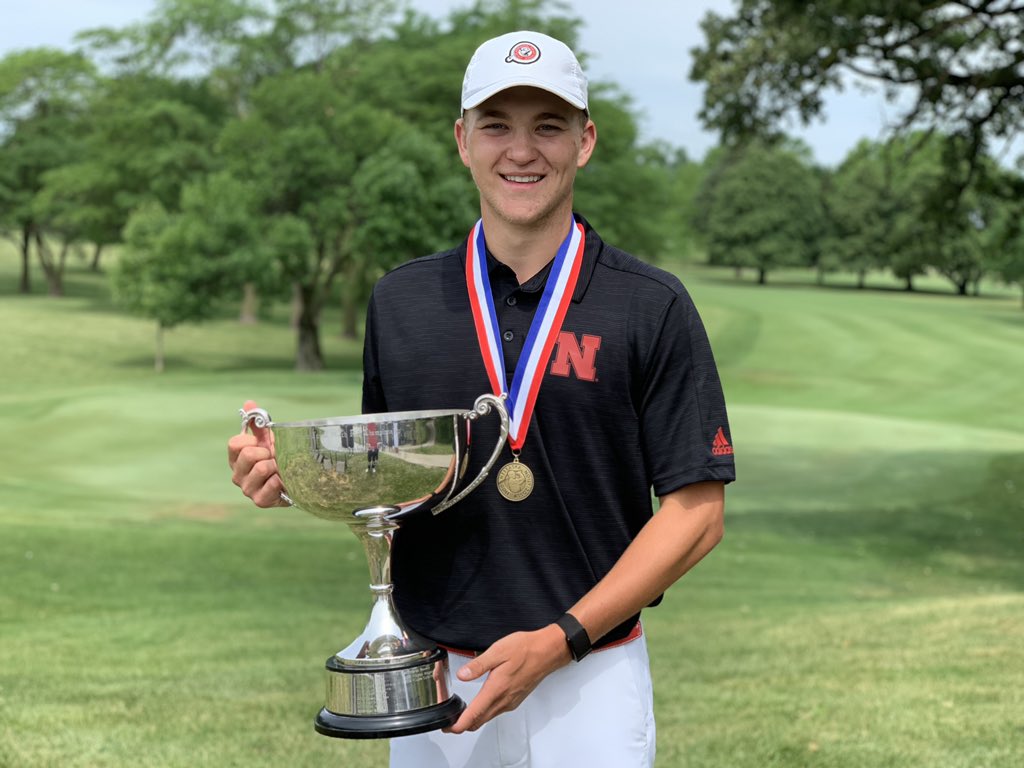 Husker signee and York native Reed Malleck became the 31st Nebraska Junior Match Play Champion on Friday morning after a 2&1 win in the championship match at the Oakland Golf Club.

Malleck began the tournament by shooting a four-over 76 in the stroke-play qualifying round on Tuesday to give him the 13th overall seed in the field of 32. Malleck would control the majority of his first match taking a four-hole lead through 11 holes and would hang on for a 1 up victory.

In his round of 16 matchup, the match would be much tighter, as Malleck would be tied with his opponent through 16 holes, but Malleck was able to make par on the par 5 17th to take a one hole lead and would hold on to that lead on the 18th to send him to the quarterfinals. Malleck would cruise in the quarterfinal match for a 6&5 victory on Thursday morning to advance to the semifinals where he won three out of the final four holes for the 3&2 victory to advance him to the finals.

“Reed did a great job of playing one match at a time. He put in a lot of work on his equipment and adjusting to some new clubs, and it paid off big time,” commented Head Coach Mark Hankins.

Malleck will compete in next week’s Nebraska Match Play Championship along with future teammates Caleb Badura, Tom Westenberger, Tanner Owen, Daniel Pearson and Patrick Clare. Badura returns as the defending champion and will look to defend his title while Owen will look to get over the hump, as he was knocked out in the semifinals last year.

“Our guys enjoy the Nebraska Match Play Championship, and it gives them a lot of opportunities to sharpen their game in a head to head format. It’s great for Reed as he is transitioning from junior events to amateur events and this past week will provide great preparation,” said Coach Hankins.

The tournament will begin Monday at Hillcrest Country Club in Lincoln with stroke-play qualifying and will end Friday with the championship match. Live scoring can be found at nebgolf.org