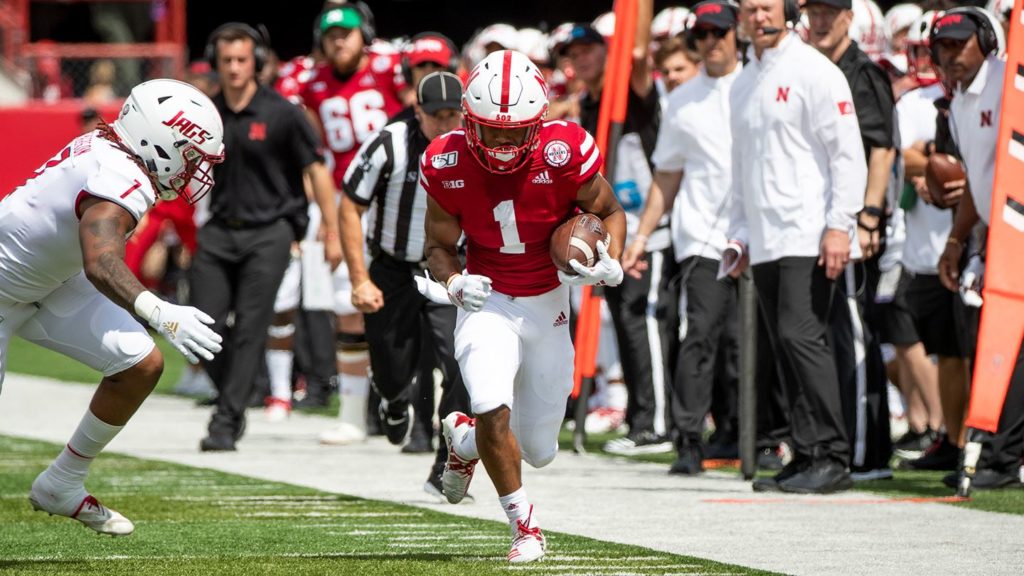 Lincoln, Neb. — The Nebraska football team worked out in full pads for two hours on Wednesday, splitting time between the Hawks Championship Center and the Ed and Joyanne Gass Practice Fields.
Offensive Coordinator Troy Walters addressed the media after the conclusion of practice commenting on the chemistry of the offense.

“Chemistry is good,” Walters said. “The guys love playing with each other, we have great chemistry, [and] there are no egos. We are very young; we don’t have a whole lot of seniors or veteran leadership. We are still trying to figure out who the alpha guy, the alpha dog is, but I love our chemistry. There was no pouting, we didn’t get negative on the sidelines even when we didn’t perform that well. We know what we are capable of, but it just comes down to guys playing at a fast pace and with detail.”

Walters also mentioned the different energy in practice this week.

“Last week was just average, this week is much better,” Walters said. “The guys came out Monday with a great attitude. We put South Alabama in the past and came out Monday focused. Tuesday is a longer practice in pads outside, the guys pushed through that and had great detail. And today was even better. The guys should have confidence going into Boulder.”

Walters also addressed the mentality of the team heading into Saturday’s game. “The guys aren’t satisfied with the product we put on the field,” Walters said. “They have come back this week with great focus, energy, and detail and I look forward to going to Colorado…I told our guys to embrace it. It doesn’t get any better than this. This is the type of game I dreamt of when I was a player. It doesn’t get any bigger or any better. The guys had a good week of practice so they should be confident, and we are confident as a staff that we are going to go out and do a lot better than we did last week”

The Huskers will finish preparations for Colorado with another practice on Thursday, followed by a walkthrough on Friday. Nebraska will face off against the Buffaloes on Saturday, Aug. 7 at 2:30 p.m. in Boulder with television coverage provided by FOX.