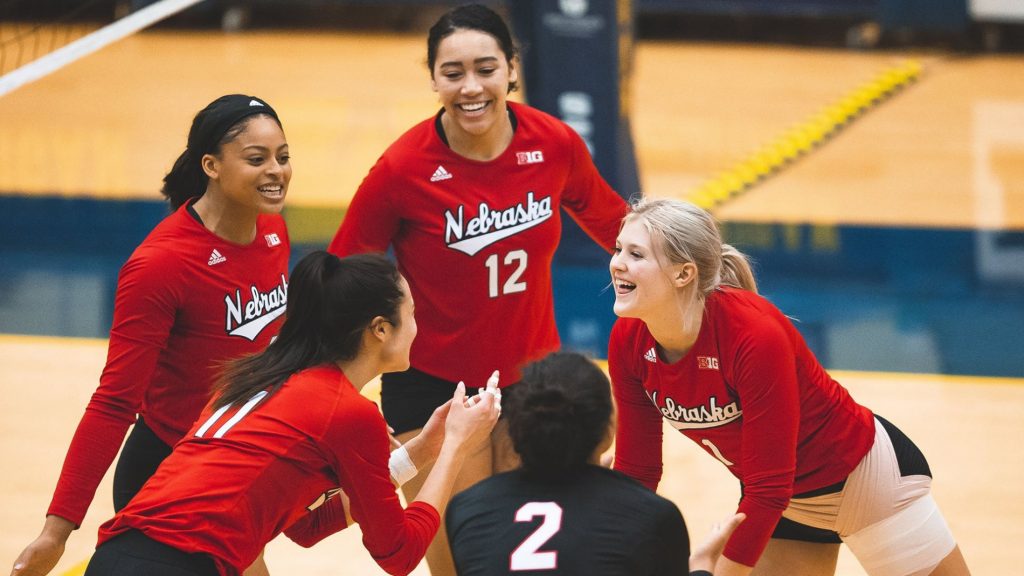 ANN ARBOR, Mich. – The No. 5 Nebraska volleyball team handed Michigan just its second sweep of the season with a dominant 25-19, 25-15, 25-13 victory over the Wolverines on Friday night at Cliff Keen Arena.

Nicklin Hames had 31 assists and three digs as their Huskers hit for their second-best efficiency of the season (.362). Kenzie Knuckles had a match-high 16 digs with four set assists and two aces.

Set 1: Michigan held a 9-8 lead when NU scored four in a row with two kills by Stivrins, one by Kubik and a block by Stivrins and Sweet. The Huskers led 18-17 before going on a 4-0 run to take control of set one. Kubik and Stivrins had a block, and Knuckles served an ace before Sweet terminated a kill. Stivrins and Hames posted kills down the stretch to seal the victory, 25-19. Nebraska outhit Michigan .375 to .231. The Huskers had four blocks while Michigan had none in the first set. Stivrins had four block assists herself, while Kubik and Sweet each tallied two.

Set 2: The Huskers gained separation from an 8-8 tie with a 6-2 run that made it 14-10 Huskers. Caffey, Stivrins and Kubik recorded kills, and Knuckles and Kubik both served aces. Leading 15-12, the Huskers went on a 6-0 run to take a 21-12 lead. Caffey had two kills and a block with Sweet, and Kubik added a kill. After Michigan sided out, Caffey continued her dominance with two more blocks – one with Sun and one with Sweet – and Sweet tacked on a pair of kills as the Huskers won 25-15.

Up Next: The Huskers are scheduled to play Penn State on Thursday, April 1 and Friday, April 2. Both matches are slated for 8 p.m. start times.