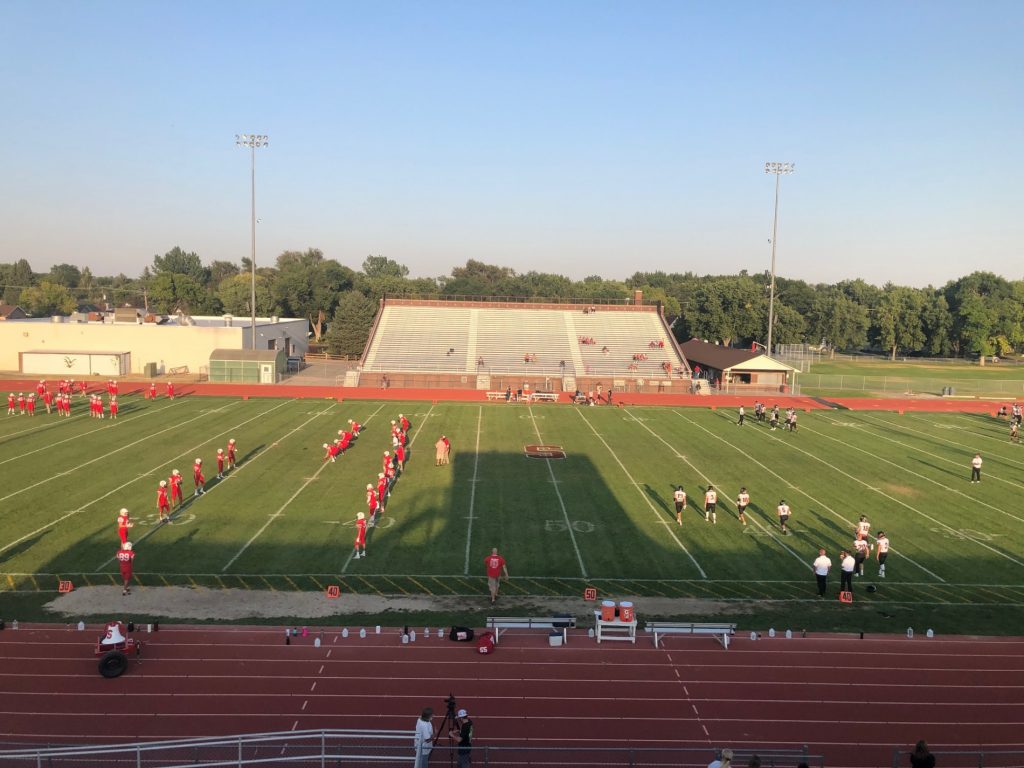 Here’s a quick recap of high school football from Friday night including our two games on the Rural Radio Network-Scottsbluff.

After leading 7-0 after the first quarter the Tigers exploded for 31 points in the second quarter to put this one away by halftime.

Synek finished with over 250 yards passing and a total of 381 yards of offense.

Turnovers and mistakes killed the Bearcats in this one. In the first half alone they missed a field goal, fumbled a punt, snapped the ball over the punters head to set Hastings up with great field position, and lost another fumble near midfield.

The Tigers scored points off all of those mistakes.

Scottsbluff will head east to Aurora next week. The Huskies are 0-2 with losses to North Platte and Bennington.

Building blocks are important for a team that’s trying to rebuild from the ground up. For Gering, playing Grand Island Northwest to a 17-3 score in the first half definitely counts as a small building block.

After falling to Torrington in week one the Bulldogs fell to 0-2 on Friday night with a second straight home loss.

Northwest got a couple of Austin Cooley touchdowns in the second half and also a touchdown on special teams to pull away for the convincing win.

Offensively Gering put up 206 yards of total offense, 150 of that coming on the ground. Eli Thompson led the ground attack with 70 yards on 20 carries.

Gering will head to 3-0 Hastings next week.

For a second straight week to open the season Rylan Aguallo opened the night with a kickoff return for a touchdown as the Tigers sprinted to a 2-0 start to the season.

Bridgeport rolled up 427 yards of total offense led by Cole Faessler rushing for 170 yards on 19 carries with three touchdowns.

Quarterback Braeden Stull completed 8 of 10 throws for 137 yards and rushed for another 46 yards, combining for a pair of touchdowns.

Defensively the Bulldogs held Centura to 207 yards of total offense with Jack Warren recording a sack and Jake Wallesen coming up with one interception.