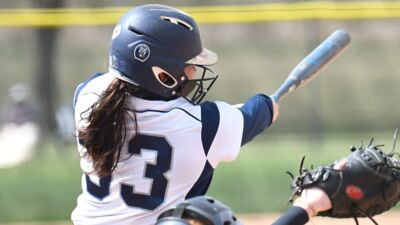 SEWARD, Neb. – A hot start in conference play has resulted in shortstop Tori Homolka being named the GPAC/Hauff Mid-America Sports Softball Player of the Week, as announced by the league on Tuesday (March 30). Homolka is the first member of the Concordia University Softball program to earn the award during the 2021 season. The native of Swanton, Neb., has collected three GPAC Player of the Week honors in her career.

A junior in terms of athletic eligibility, Homolka has starred while batting in the cleanup spot in the order. In last week’s action, she went 6-for-12 (.500) at the plate with four runs scored, a double, two home runs and eight RBIs. Homolka belted two home runs in the game two run-rule victory at Hastings. On the season, Homolka is hitting .438 with six doubles, two triples, five home runs, 27 RBIs and an .828 slugging percentage. Among GPAC players, Homolka ranks fifth in RBIs, seventh in batting average, seventh in slugging percentage, eighth in total bases (53) and ninth in home runs.