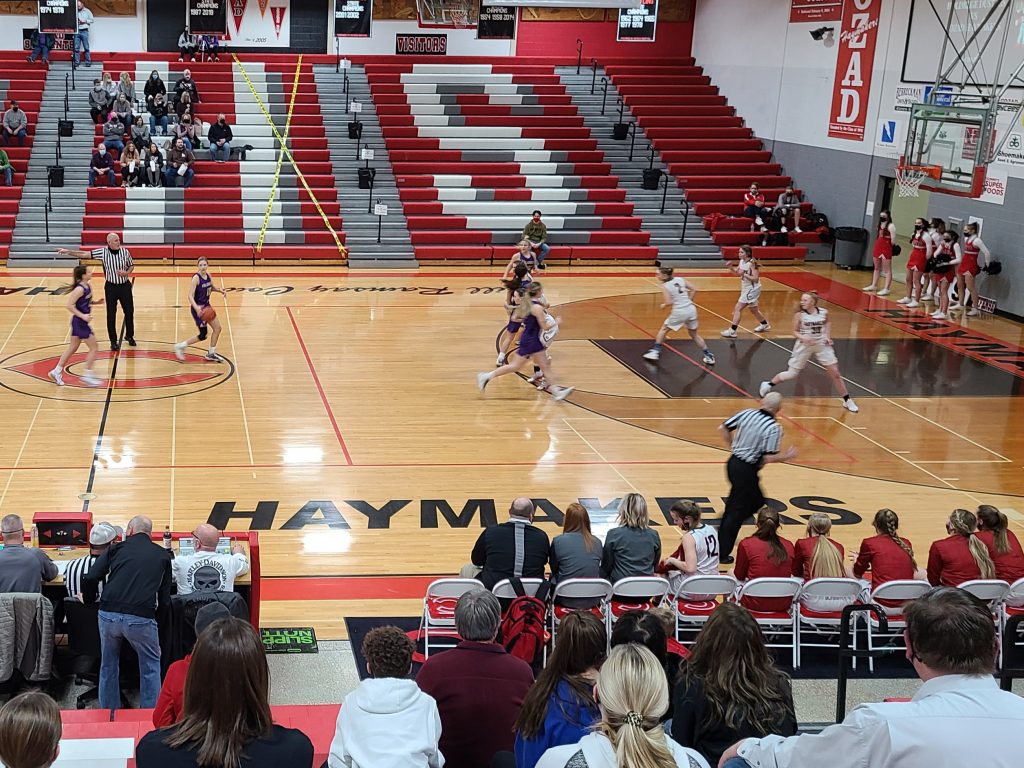 COZAD – Coming in, it looked like we would see two competitive games and that was the case. The Cozad girls led throughout much of their game, but couldn’t muster enough offense to hold on to the lead as Holdrege won 38-28 and in the boys game neither team led by more than five points, but the Dusters found a way to win in the end 55-52.

Cozad jumped out to an early lead and held onto it into the third quarter. Good shooting and rebounding were keys early for the Haymakers. Holdrege was coming off a one-point loss in overtime the night before and looked sluggish. However, after the half they seemed to shake it off defensively and started to shut Cozad down. They only allowed the Haymakers six points in the second half.

The tall post players for Holdrege were a difference too. Brooklyn Berney, McKenna Ortgiesen and Mallory Pfiefer all played key rolls in the win for the Dusters who move to 8-6. Pfeifer led the way with 10 points.

Cozad was led by Karyn Burkholder who scored nine points. With the loss, they fall to 3-14.

The boys game was tight throughout. Cozad had a five point lead after the first quarter (15-10) and that was the most the separated these two teams all night. Hot shooting by both teams led to a 26-26 tie at half. Holdrege took their first lead in the third quarter and took it into the fourth quarter 41-40. Jackson Hinrich scored 18 points for the Dusters, followed closely by Hudson Reed (17). Reed’s off the glass, 10-footer in the waning moments of the game was the difference.

Jacob Weatherly had a spectacular game for the Haymakers scoring 22 points to lead all scorers. He had a chance on a long three pointer as the seconds ticked off, but his guarded shot came up short.

This is the Dusters second win of the year, with the loss Cozad falls to 5-11 and have lost the 8 of their last  9.