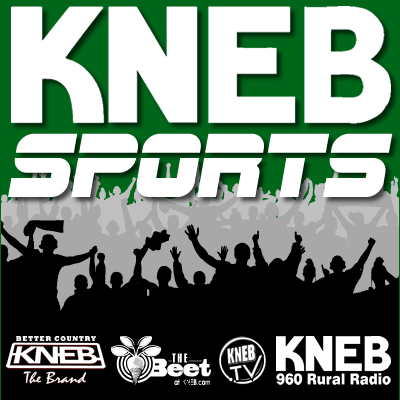 Here’s what lined up for the weekend on the Rural Radio Network-Scottsbluff as far as high school and WNCC sports is concerned.

HS G/B basketball: Chadron at Gering…The Bulldogs welcome in the Cardinals for a pair of games tonight with the Gering girls looking to build off a pair of wins last weekend against Gordon-Rushville and Campbell County (WY). Chadron won the earlier meeting at home by the final of 34-32. Chadron enters at 8-5 while Gering sits at 7-7. The Gering boys lost both of their games last weekend and now have a record of just 4-9 while Chadron comes in at 8-5. One of those four wins for Gering came on the road at Chadron in December by the fina of 56-47. KNEB.tv, 106.9 The Trail, KHYYfm.com with Jeff Kelley starting at approximately 5:15.

WNCC VB: The Cougar volleyball team is hosting a weekend tournament at Cougar Palace . Today they’ll square off with EWC at 2 pm (pregame at 1:45) and then tonight they play Northwest College at 7 pm (pregame at 6:45). KOZY 101.3 FM, KOZYfm.com with Chuck Schwartz for both matches.

-The WNCC Women’s basketball team is also playing today on the road at the Central Wyoming Classic. We would have had that game but no broadcasters are allowed in the gym. WNCC tips off at noon against Western Wyoming.

HS G/B basketball: Scottsbluff at Gering…The Bulldogs will be coming off their games against Chadron while Scottsbluff will be off their Cheyenne games from last weekend. Scottsbluff went a combined 0-4 in home games vs. East and road games at Central last weekend. The girls teams played once already this year with Scottsbluff winning 55-48. This will be the first matchup this year for the SB/Gering boys teams. KNEB.tv, 106.9 The Trail, KHYYfm.com with Chris Cottrell starting up with pregame at approx 3:45, girls tip at 4 pm.

WNCC VB: The Crossover Tournament continues (full schedule here) as the Cougars wrap up their weekend with a pair of matches. They’ll play Central Wyoming at 10 am (pregame at 9:45) and later in the afternoon they match up with Eastern State Utah at 3 pm (pregame at 2:45). KOZY 101.3 FM, KOZYfm.com with Chuck Schwartz for both matches.

-The WNCC women’s basketball team will wrap up their two day stay at the Central Wyoming Classic with a game against Central Wyoming, a team they beat 101-49 on opening night at home on Wednesday. No radio coverage for this one that is set to start at 3 pm.

We’ve locked in a couple of future broadcasts for KNEB.tv in early-mid February!

2/6- We’ll carry the Championship games of the WTC Basketball Tournaments on KNEB.tv, ALLO 15, Mobius 1500 from WNCC.