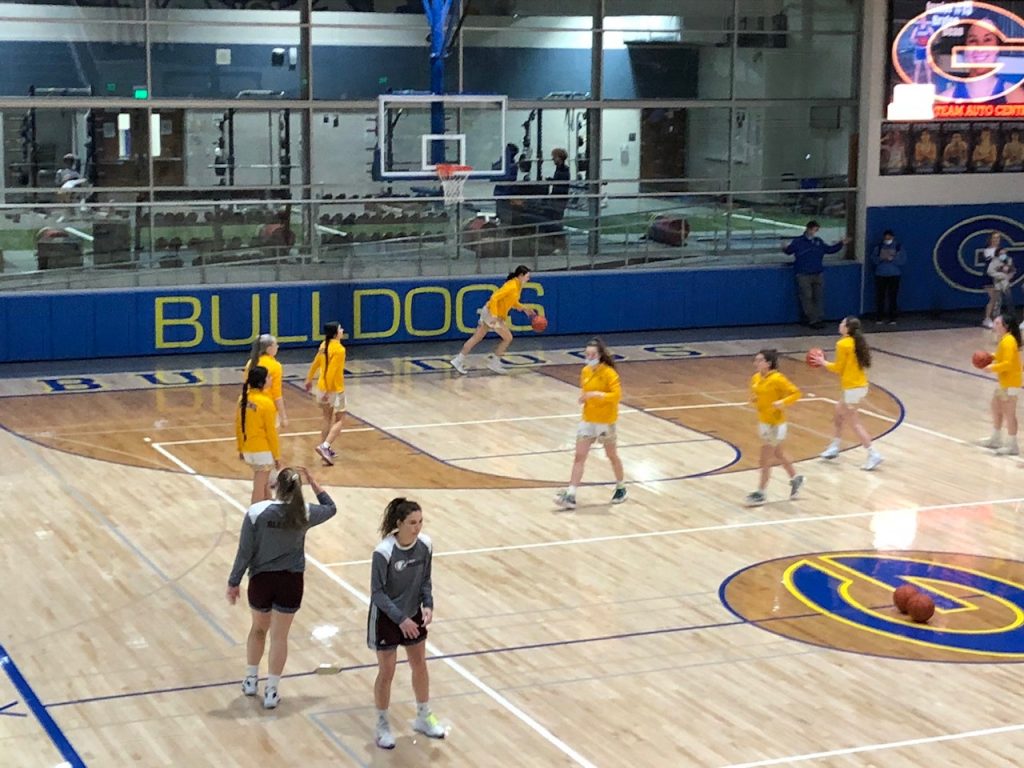 We had a pair of high school basketball games on the RRN-Scottsbluff as Gering swept their home doubleheader with Torrington.

That third quarter featured plenty of team basketball. Gering was making extra passes that led to easy baskets for teammates.

Kiarra Aguallo had a career best night scoring 24 points to led Gering. Two other were in double figures with Sydnee Winkler going for 14 points and Chloey Fries scoring 10.

The Gering girls improved to 9-8 on the season.

In the boys game the Bulldogs were able to snap a four game losing streak with a 45-34 win. Gering came close on Saturday night against Scottsbluff, leading by four at the end of the third quarter, but eventually falling by seven.

Brett Pszanka, who missed the game Saturday, was back in the lineup scoring 16 points. Fellow senior Jack Franklin also tallied 16 on the night.

Here’s what Head Coach Kyle Cotton had to say after the game.

Both Gering teams are back in action on Thursday  night with road games at Bayard. We’ll have coverage on 106.9 The Trail and KHYYfm.com starting at approximately 5:45 with the girls game scheduled for 6 pm.

Other games from the area

B- Morrill 51, Lingle Ft. Laramie 30…The Lions turned a six point deficit near halftime into a big double digit lead late in the third quarter as they go on to get the 21 point win.

G- Bridgeport 75, Sioux County 46…Make it seven straight wins for the Lady Bulldogs as they improved to 13-3 on the season. Currently Bridgeport sitting 10th in C-2 power points.