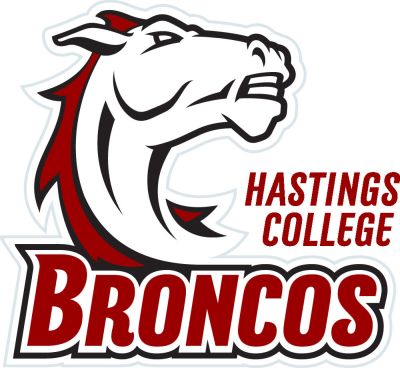 (Hastings, Nebraska) – Former Professional Bowling Association (PBA) Rookie of the Year Rev. Dr. Charles K. (C.K.) Moore will be joining Hastings College this fall as its head men’s and women’s bowling coach. Rev. Dr. Moore comes to Hastings College from Pensacola, Florida, where he has spent the past six years as the pastor at Northminster Presbyterian. “ I was overjoyed, scared to death, very excited and overwhelmed and thankful,” Moore continued. “As to what I hope to bring to Hastings, First and foremost is a love and passion for the sport of bowling. Also, a love for young adults and the unique privilege to have and be an influence in their lives and continue to build on the program that Coach Ron and the assistant coaches have begun. Thirdly, years of bowling experience at all levels that the team members can benefit from to help them attain their team and individual goals they have set for themselves.”

Along with his passion as a pastor, Moore has quite the professional experience. In addition to earning the 1996 PBA Rookie of the Year, he holds national and regional titles in the PBA, won the 2015 Texas Senior Masters Championship and also bowled the ninth televised 300 game. His unusual combination of ministry and professional bowling was featured in a 1997 Sports Illustrated article. “C.K. Moore’s background as a highly decorated bowler as well as his previous profession lends himself to be a tremendous asset to our campus and athletic department,” said B.J. Pumroy, Hastings College Director of Athletics. “His skills as a leader were quite evident in the selection process and his passion for teaching will pay great dividends for our program. Following the retirement of a great leader and person in Coach Ron Hergott we knew we wanted someone who could keep the success and culture of our successful programs in place.”

Moore graduated from California State University-Sacramento where he earned his bachelor’s in physical education. He then continued to earn his Master’s of Divinity and Doctor of Ministry from Fuller Theological Seminary. Prior to his time at Northminster Presbyterian, Moore served as the interim pastor at New Braunfels Presbyterian Church in New Braunfels, Texas, where he was also the head bowling coach at New Braunfels High School. He has spent nearly 11 years as the pastor at First Presbyterian Church in Redding, California, where he also served as an adjunct professor at Simpson College from 2007 until 2012. From a bowling perspective, he has spent 20 years holding seminars, private instruction while also holding master classes and coached at the high school level. Hastings College bowling teams have seen much success since they were launched in 2013, with both the men’s and women’s teams being consistently ranked in the top 20 nationally. Due to the Covid-19 the NAIA Championships were not held this season. In the final rankings of the season the Broncos men’s team was ranked third and women’s team 18th.