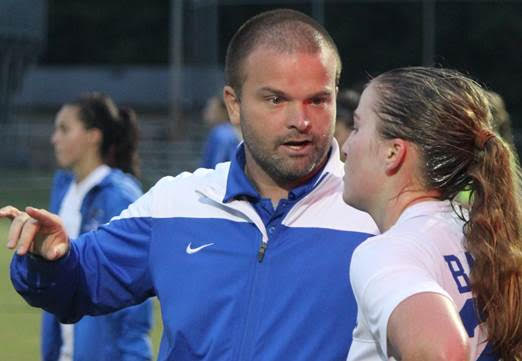 Goines’ staff at CUNE will include assistant Chris Luther, who stepped in as head coach during the 2019 season. Goines aspires to build upon the recent success experienced by the program.

“I am extremely thankful to the athletic administration, Devin Smith and Angela Muller, for having given me the honor of taking the lead of the women’s soccer program,” Goines said. “I have been raised in the Concordia System and am very excited to return into its service in my life’s passion. The women’s soccer program has had a history of success on and off the field that I am eager to continue and grow upon.”

A head collegiate women’s soccer coach during the 2011 through 2018 seasons, Goines provides a veteran presence and someone who shares the department’s values of Christian character, academic excellence and competitive greatness.

Wrote Smith in a statement, “Coach Goines immediately impressed us through the interview process with his passion for working with student-athletes and for developing their skills in the sport of soccer and in life. I look forward to working with Thomas and watching him continue to grow a program that has become accustomed to competing for GPAC championships. I am confident in Thomas’ ability to lead, build and maintain a program that succeeds in all areas. His experience at other Concordia institutions is an added bonus.”

Goines oversaw the programs at Barton (2015-18) and CU-Chicago (2011-14) for four years apiece and compiled a total of 73 victories. In his time with the Cougars of River Forest, Ill., Goines guided his teams to a combined 43 wins, making him the school’s all-time winningest soccer coach, men or women. The 2013 squad that went 12-3-4 under Goines continues to hold the program record for most victories in a single season. In his tenure at Barton, Goines coached nine all-conference selections and steered the 2018 squad to 10 wins and a spot in the conference tournament semifinals.

During his collegiate soccer career, Goines played one season in his hometown at NCAA Division I Indiana University-Purdue University of Fort Wayne (IPFW) before transferring to Concordia-Wisconsin. As a standout member of the Falcons, Goines earned three all-conference awards and one all-region honor and was a two-year captain.

Goines holds an Advanced National Diploma and a Regional Goalkeeper Diploma from the National Soccer Coaches Association of America (NSCAA) as well as a National D License from the United States Soccer Federation (USSF). Goines graduated from Concordia University, Wisconsin with a bachelor of arts in secondary education and broadfield social studies. He later earned his masters of athletic administration from Concordia University, Irvine.

Thomas and his wife Melissa have a daughter Mikayla, son Ethan and daughter Payton.