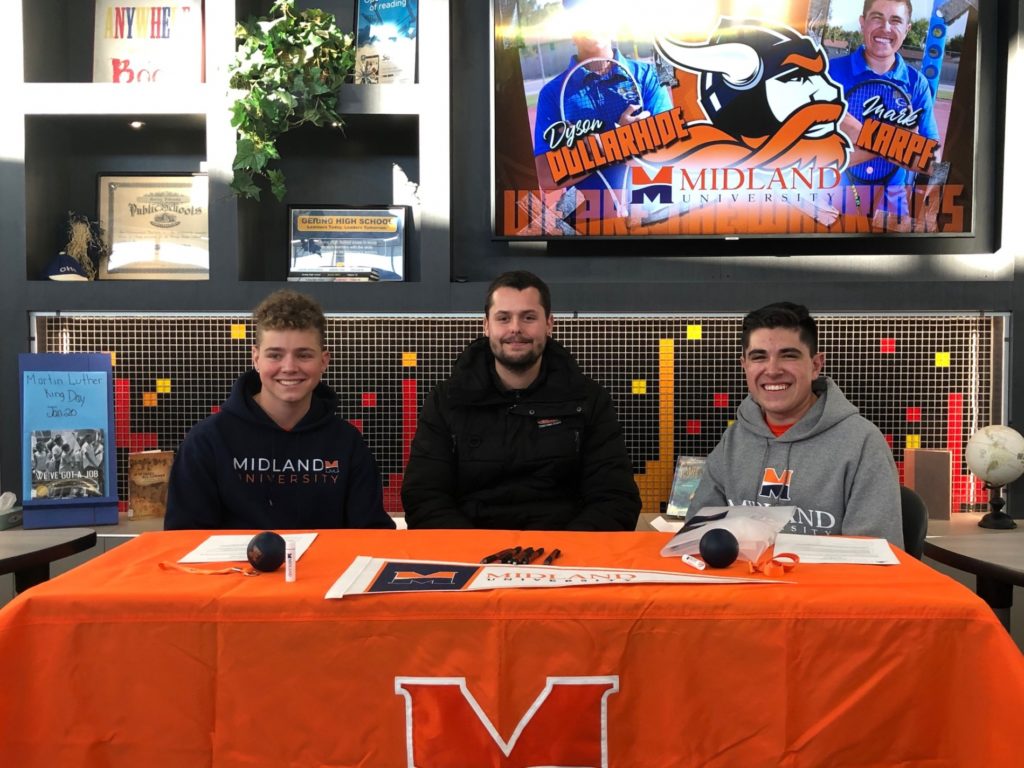 Monday afternoon featured a pair of Gering senior tennis players inking together to continue their careers together at Midland University located in Fremont, Nebraska.

Both of these guys, along with fellow senior Hunter Walker, were instrumental in the resurgence of Gering High School tennis the last couple of years.

Karpf has been the No. 1 singles player for the Bulldogs for multiple seasons, always playing against the toughest competition day in and day out at duals and tournaments.

He’s very excited for the next step, “I really like the program there (Midland University). It’s a really great team culture; the players, the coach, I mean everything about it just fit perfectly for me with what I wanted for a college experience”, Karpf said.

Dollarhide has been instrumental over the last couple of years in keeping the doubles team near the top and scoring points for the Bulldogs.

He says this is just a great opportunity to keep the racket in his hands for a few extra years, “It’s real exciting because I like tennis way more than any other sport I’ve played before. And it’s nice I can keep going after the four years in high school and play another four years.”

We’ll have more on Gering seniors Mark Karpf and Dyson Dollarhide signing to attend school and continue their tennis career at Midland University coming up on Thursday’s edition of KNEB.tv.