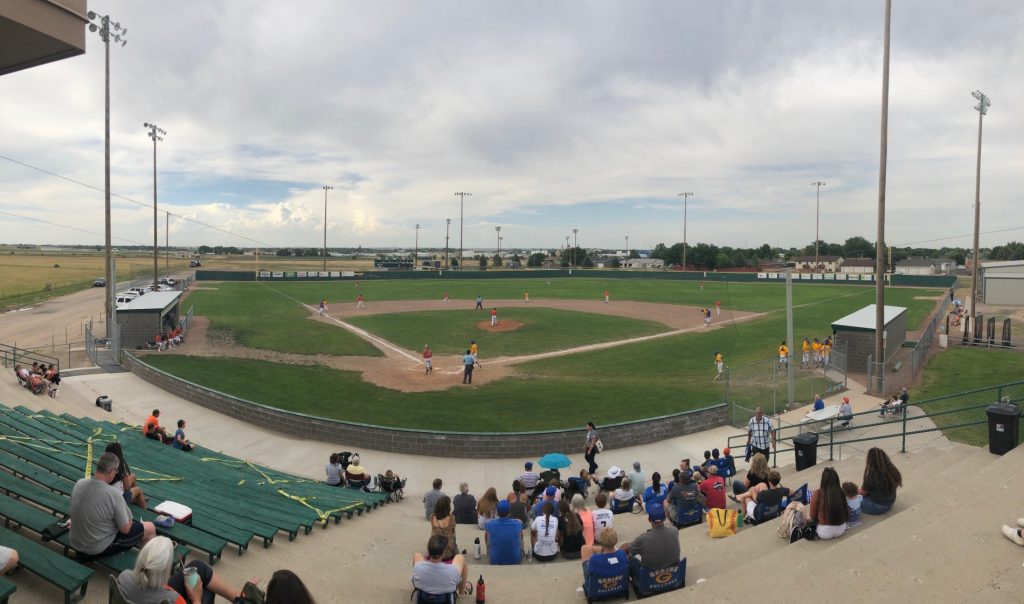 The Gering legion baseball program had a big night on Monday as they swept games from WESTCO at Cleveland Field in Scottsbluff.

We carried the SR’S contest on KNEB.tv and 106.9 The Trail as Gering Platte Valley Companies downed the WESTCO Zephyrs 6-3.

Gering opened the scoring in the top of the third inning with a Riley Schanaman sacrifice fly that scored Quinton Janacek from third base.

Gering then plated a pair of runs in the fifth inning with RBI singles from Brady Radzymski and Jack Franklin.

For the first four innings the Zephyrs bats couldn’t do much of anything against Gering starting pitcher Jack Franklin, who had struck out five and not allowed run, and who had also posted some pretty ridiculous numbers early this season. But in the fifth the Z’s got to Franklin, scoring three runs.

Three consecutive hits from Dario Rodriguez, Wyatt Haught, and Porter Robbins and then a fielding error on Gering and it was all tied up at 3-3. Robbins and Hunter McCollum picked up RBI in the inning.

McCollum, the Zephyrs starting pitcher, couldn’t post that shutdown inning in the sixth, though, as Gering got all three runs back to take control. Janacek with the big hit, a two run triple and then a Radzymski sacrifice fly the run scoring plays in the frame for PVC.

Schanaman came on in relief of Franklin in the fifth and he finished out the game on the mound for Gering with 2 2/3 innings of scoreless baseball that included three strikeouts.

In the JR’s game it was all Gering B&C Steel as they rode the left arm of starting pitcher Dalton Wiese to a 12-0 win. Wiese pitched a five inning complete game shutout.

We’ve got more legion baseball coverage tonight with Gering hitting the road to play Bridgeport. The JR’s game will start at 5 pm with the SR’s game slated for 7 pm.