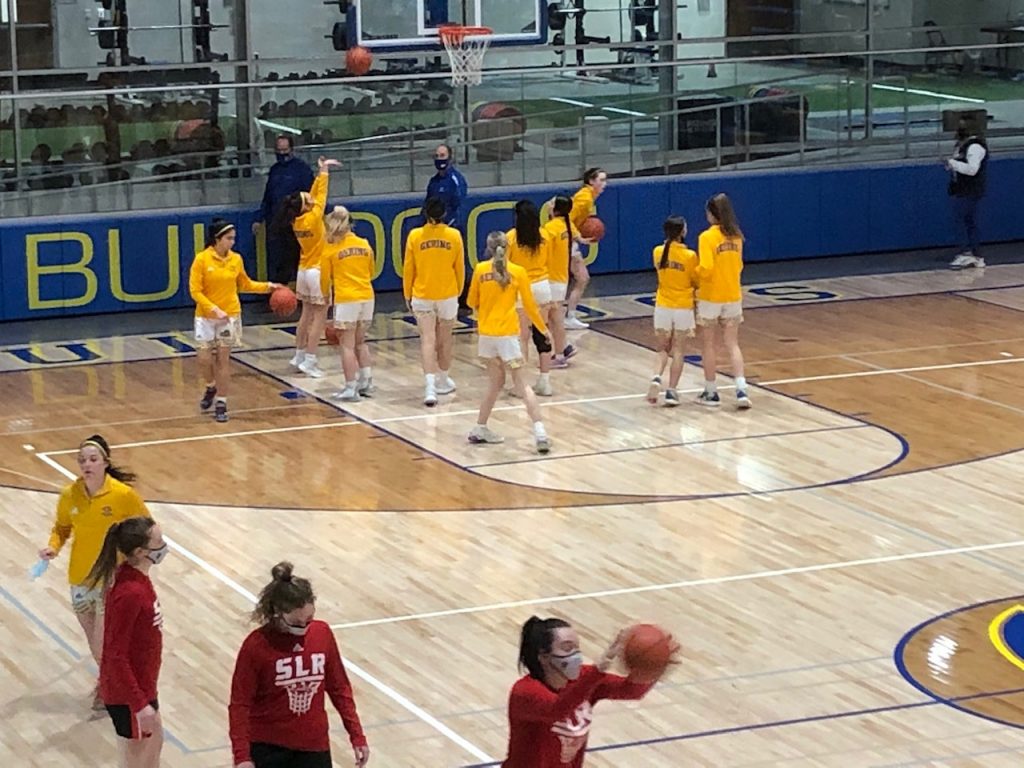 Both teams for Gering High School were starting off a nice stretch of home action on Friday night as they hosted rival Sidney.

In the nightcap it was the Gering boys picking up their second straight win as they follow up a road win at Chadron by beating another rival, Sidney, at home by the final of 58-49.

After trailing by two at the end of the first quarter the Bulldogs outscored Sidney 16-7 in the second quarter to take a seven point lead to the locker room at halftime.

Sidney kept things close tying the game at 33 heading to the fourth but the Bulldogs able to take control down the stretch to pick up the win at home.

Max Greeley led Gering with 21 points, including 12 in the second half. Jack Franklin tallied 14 and also in double figures it was Brett Pszanka with 12 points.

For Sidney in the loss it was Sawyer Dickman the top scorer with 24 points, they only Red Raider scoring in double figures. Zach Burke and Jaden Dillehay each finished with 9 points.

In the opener it was the Lady Raiders earning the 51-43 win as they’ve now won both games against Gering this season.

Sidney led by 10 at halftime and then built it up to a 14 point lead heading to the fourth quarter. A similar story from earlier this week at Chadron where Gering had a big fourth quarter deficit and couldn’t get all the way back. In this one the Lady Dogs got it to single digits but eventually they fall to 5-7.

Sydnee Winkler topped the Bulldogs in scoring with 14 points, 7 in each half, she was the only player in double figures. Chloey Fries scored 9 and Maddie Seiler finished with 7 on the night.

Sidney improved to 9-3 and they were led in scoring by Alecca Campbell, who finished with 13 points. Two others were in double figures; Karly Sylvester and Morgan Jaggers each had 10.