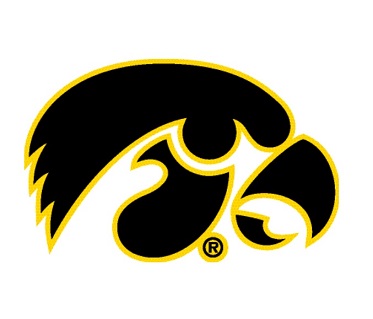 IOWA CITY, Iowa — Luka Garza, the 2020 National College Basketball Player of the Year by six major news outlets and Big Ten Player of the Year, announced on Sunday that he is returning to the University of Iowa for his senior season.

“My heart is in Iowa City,” said Garza. “I love this place too much to leave it. I love my teammates, coaches, community, fans, and the university. It would have been way too hard to close the book without the last chapter.”

The Washington, D.C., native had a historic season in 2019-2020, leading the nationally-ranked UI men’s basketball team to 20 victories and a likely NCAA Tournament berth if not for the COVID-19 pandemic. Garza said that not having the opportunity to achieve two of its goals last March — winning the conference tournament and making an NCAA Tournament run — was difficult.

“With the overall depth, length, and experience that we have returning I believe we have a group determined to make the most of this season,” Garza said. “There will be a lot of preseason hype, but that doesn’t mean anything; at the end of the day, it’s what we do when the ball is tipped. We have goals of where we want to be, but right now it’s not about winning championships; it’s about taking it one day at a time so we can be the best team possible.”

Garza visited with five NBA teams and three Euro League clubs while going through the NBA process this summer, gaining valuable insight about each team and what he can do to be ready to perform in the NBA when the time comes.

“I need to continue to improve my lateral quickness and foot speed to be able to excel in guarding ball screens at the next level,” Garza said. “I feel like teams have confidence that I will be an NBA player in the future.”

“Luka has an opportunity to advance himself professionally, but instead, he is thinking more about the program and his teammates. His goals are team-oriented. He has an incredible bond with his brothers in the locker room and believes in this group.”

Garza said the last couple weeks were stressful in the decision-making process due to the pandemic and uncertainty of sports during these unique times. But in the end, Garza said he couldn’t make the decision based solely on unknowns.

“If I left thinking the season was going to be canceled and then I watch my guys play without me, I would have regrets the rest of my life,” said Garza. “I don’t care how many games we are able to play, I want to be here and wear IOWA across my chest one more season.”

Garza finished the 20-game conference schedule averaging a staggering 26.2 points per game last season, becoming the first player to average at least 26 points in Big Ten play since Purdue’s Glenn Robinson in 1994 and first true center since Minnesota’s Tom Kondla (28.3 ppg) in 1967. Garza scored a school-record 740 points in 2019-2020, breaking the program’s 50-year old record previously set by John Johnson in 1970. Garza became one of three Big Ten players to ever to total 740+ points and 300+ rebounds in a single season. He scored 20 points or more in a school-record 16 straight Big Ten games, the longest streak by any player in the Big Ten since Ohio State’s Dennis Hopson (16) in 1987.