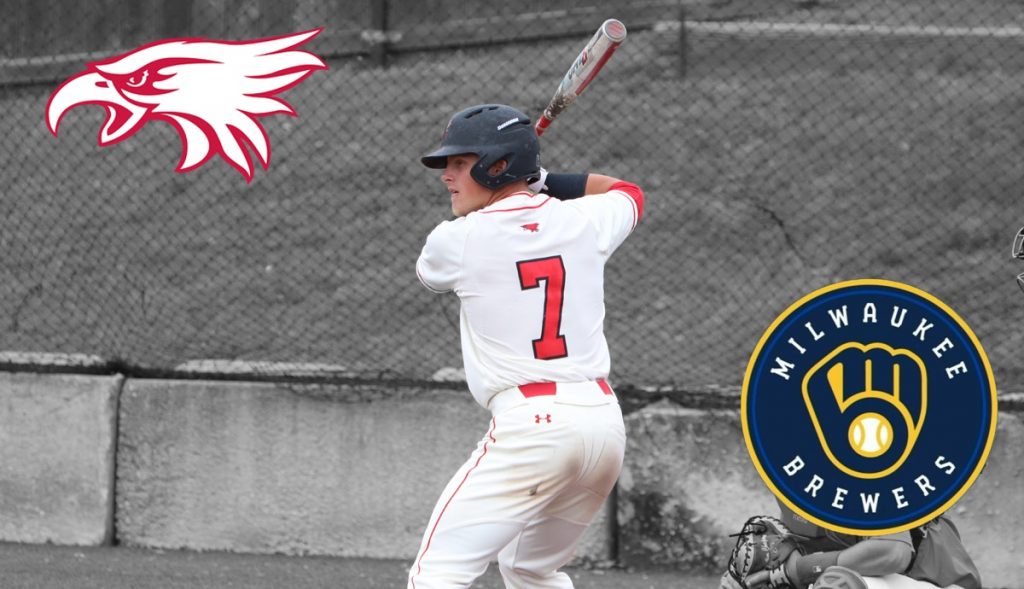 NORFOLK – The 2019 NJCAA DII Baseball Player of the Year is headed to professional baseball.

Drew Smith (Elkhorn, Neb.) signed with the Milwaukee Brewers as an undrafted free agent on Sunday. Smith previously spent the past season at Grand Canyon University, an NCAA DI school in Phoenix, Ariz. Smith hit .315 with two home runs and tallied 14 RBI after the season was shortened due to COVID-19. In GCU’s first three-game opening series against No. 16 Oklahoma State University, Smith recorded seven hits and 11 RBI, including a six-RBI performance.

After a stellar two-year career at Northeast, Smith led the Hawks to their first-ever trip to the NJCAA DII Baseball World Series in just the second year of the program. He hit .465 with a .538 on-base percentage and an .897 slugging percentage as a sophomore. He had 18 home runs and 69 RBI, while striking out just 12 times.

“I am just so happy for Drew,” head coach Marcus Clapp said. He is so deserving of this opportunity in professional baseball. We are all excited to follow him through this next chapter in his life. I am so proud of him and glad I could be a part of his baseball journey. He has done a lot for this program and he will always be a Hawk.”

“I am so proud of Drew and everything he has accomplished over the past few years,” assistant coach Bladen Bales said. “He is undeniably a tremendous baseball player, but he is even a more special human being. His work ethic and drive to be great is inspiring. It was an honor to coach Drew, as he was an intricate part of putting the Northeast Hawks baseball program on a national level. I will always cherish the extra work he would put in with me before and after practices. He has made me a better coach. I have no doubt in my mind that he will do great things in professional baseball, and I can’t wait to continue following his career.”

The MLB Draft which normally lasts 40 rounds, was shortened to five rounds due to COVID-19. Smith was projected as a top-10 round draft pick by various media outlets.

For all news related to Northeast Community College athletics, visit northeasthawks.com for complete coverage. Fans can also follow the Hawks on Twitter @NortheastHawks for game-day coverage.