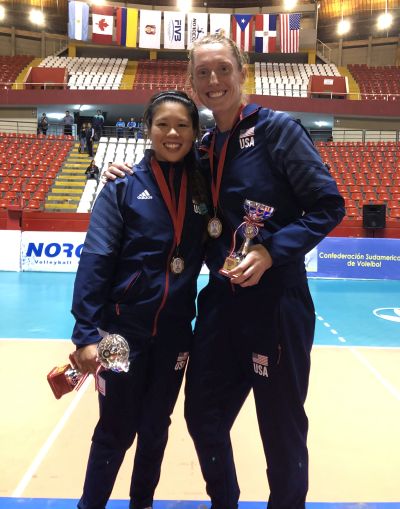 Former Huskers Kadie Rolfzen and Justine Wong-Orantes were on the U.S. team and played big roles for the Americans throughout the tournament. Rolfzen was named the Pan Am Cup’s best attacker, posting double-digit kills in three of the five matches she played in. Wong-Orantes was voted the best libero. She had a match-high 19 digs in the title match.

Former Huskers have had an impressive run of international success over the past couple weeks. Last weekend, Kelsey Robinson, Jordan Larson and Mikaela Foecke were crowned champions with the U.S. National Team at the Volleyball Nations League in China. Also last weekend, former Husker Sarah Pavan clinched a spot in the 2020 Tokyo Olympics after winning Canada’s first-ever gold medal at the FIVB Beach Volleyball World Championships.