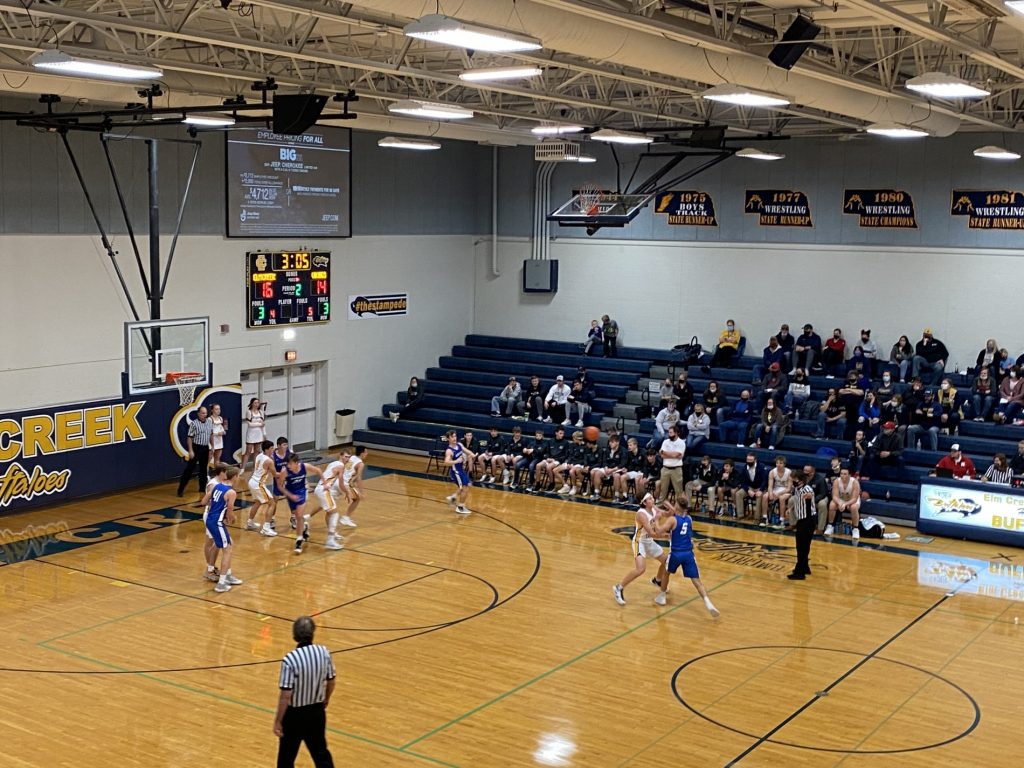 ELM CREEK – The Elm Creek girls and boys came away with victories over Bertrand on Friday night. In the girls game, Elm Creek routed the Vikings, 57-17 while the Buffalos boys used a second half comeback to defeat Bertrand, 45-31.

In the girls game, Elm Creek took control early and their defense stymied any offensive attack by Bertrand. The Buffaloes held the Vikings to two first quarter points and seven total first half points while forcing over 25 turnovers in the game. Elm Creek used a balanced offense, including 16 points from Whitney Bauer and 15 off the bench from Lani Meier. Bertrand saw Sadie Maloley lead them in scoring with nine points.

The boys game was competitive in the first half that saw Bertrand hold a 22-19 lead at the break. However, 13 turnovers in the final two periods would prove to be detrimental for the Vikings. Elm Creek was led by Troy Brumels’ 22 points. Trey Miner contributed 10 points while Trent Watkins chipped in eight points. Bertrand saw seven different players score in the losing effort. Jarret Bieker  and Joseph Pelton each scored eight points.